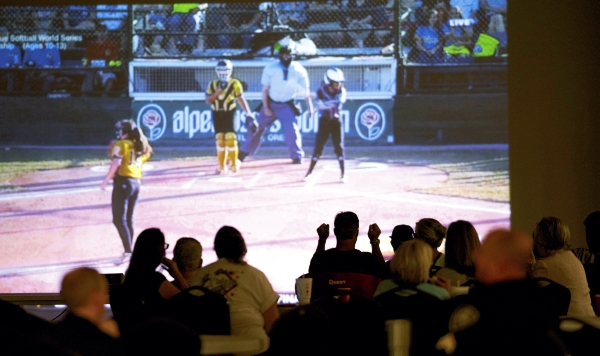 SALISBURY — Rowan softball suffered a tough loss in the 2016 Little League Softball World Series, but their back-to-back berths in the top game should be a point of pride, local residents said Wednesday evening.

Rowan’s 12U Little League Softball team showed signs of life late in the game, but ultimately suffered a 5-1 loss to a team from Helotes, Texas, on Wednesday. Locals who gathered to watch the game at West End Plaza said it won’t be the last time Rowan makes the game.

“I think the fact that they made it to the world series shows the talent in this area that’s starting to come together,” said Jeff Bernhardt, who helps organize the Rowan Little League Girls Softball league. “And, I think people have started to realize how much talent we have.”

“I think it’s putting Salisbury on the map,” Price said. “I mean, nobody else knows where Salisbury is.”

If nothing else, people know Salisbury sits in the Southeast — the region Rowan’s little league team won and represented in the World Series — said Matt Newton.

“I think it’s kind of awesome,” he said.

After starting slow and falling behind 5-0, the team had it’s best shot at a rally in the fifth inning. The fifth inning was also the first time significant excitement could be felt among fans at West End Plaza. Fans smiled, laughed even, as Rowan’s coach Steve Yang delivered a pep talk to players.

In the pep talk, audible during the TV broadcast, Yang told the girls “you didn’t carry us this far for nothing” and stressed that Rowan was one of the best two teams in the world.

Marcia Kirtley, who watched the game at West End Plaza, said the 2016 World Series is an experience they’ll likely “never ever forget.”