Comics for MS headed up by Salisbury’s Romans 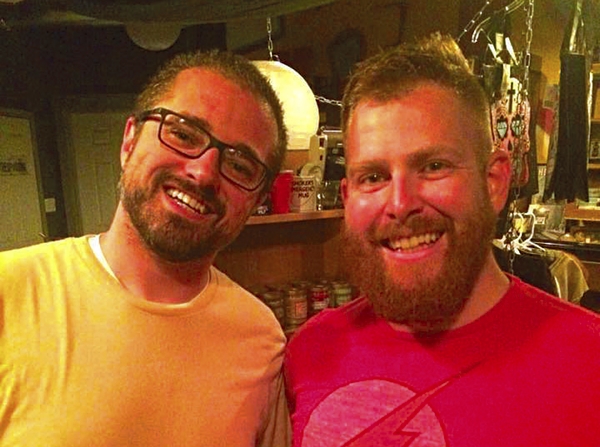 CHARLOTTE — Multiple sclerosis is no joke, but sometimes the best way to deal with the bad things in life is through humor.

So a collection of Salisbury’s comedians will make you laugh while raising money to fight MS.

Comics at Fault: Stand Up Against MS, will be Aug. 27 at the McGlohan Theater at Spirit Square in Charlotte. It will be a bunch of stand up routines and sketch comedy, along with music.

Three other standup comics will join the group, too, Lorenzo Gladden, Andy Slye and Jerry Brasco.

The fun starts at 7 p.m. and tickets are $30. All proceeds will go to the National Multiple Sclerosis Society.

Belliveau has been doing some comedy fundraisers, and did one on New Year’s for Prevent Child Abuse Rowan.

Joined by Romans, whose wife, Jessica Buckwalter, has MS, they decided to do something to give back to the community. Romans said the troupe wants to do fundraisers whenever it can. “If we sold every seat at the McGlohan, it would be $21,000 for MS,” Romans said, “but we’re not there yet.”

All the performers are people with day jobs, he says, and “We’d rather be telling jokes than anything else.” Romans said the MS fundraiser is “about giving back through the one thing that brings us the most joy.”

Members of the group have been frequent guests at open mike night at Lost & Found on Thursdays from 9-11 p.m. In addition, Romans and Belliveau have been recording a comic podcast, too.

The night of comedy was inspired by the late Samantha Harkey, “who died way too young from MS,” Romans said. Belliveau was a close friend.

Romans has seen the stigma MS places on people. A lot of those who have the disease don’t tell anyone, because it’s not one that you can necessarily see, at least at first. “So many people struggle in silence, so those of us who can get up and speak should do it. Being an actor or a comedian can be very selfish, but if I can give back, then it’s penance for all that selfishness.”

Romans says he wants people to come out and enjoy the evening, which will last about two hours. “And the space is beautiful.”

This is adult comedy, not for children, and it will be all original. It has taken 18-19 weeks to get it all lined up, with Jason Roland helping out by writing sketches.

To get tickets, go to www.carolinatix.org/events/detail/stand-up-against-ms-a-night-of-comedy