We are lucky to see Phelps and Bolt in their prime 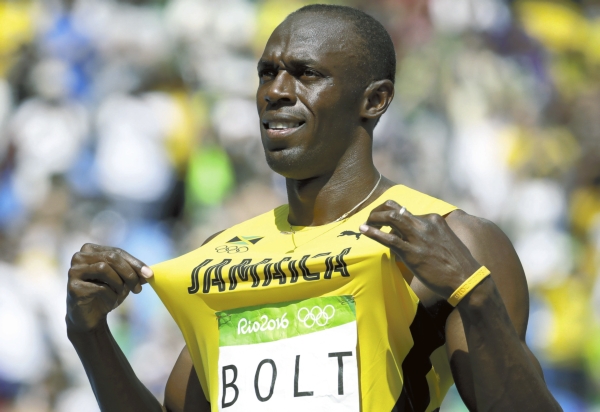 These Olympics are golden, aren’t they? We’ve tumbled for American gymnast Simone Biles and her coach Aimee Boorman. We’ve been awed by the U.S. women’s basketball team, players who’ve won their games by an average of 40.8 points and appear to be cruising toward gold.

There’s more to come in Rio de Janeiro, but we’re catching our breath here to contemplate the magnificent athletic legacies of American swimmer Michael Phelps and Jamaican sprinter Usain Bolt. Phelps is the greatest swimmer in the history of the Games. Bolt is the greatest sprinter.

Think about it, sports fans: Two of the greatest athletes of all time have been racing across your TV screens. And each says Rio is the finale as well as the pinnacle — a last Olympics. Phelps says he is retiring immediately, while Bolt says he plans to finish his career next year.

In terms of comparing achievements, sprinting and swimming are about as different as can be. It’s land vs. water, endurance and technique vs. concentrated speed.

There are stylistic differences between the two men too. Bolt is a joy to watch and apparently a joy to be: He beams, he prances, he poses. He was even caught by a camera apparently flashing his cheeky grin before crossing the finish line in his semifinal heat. Phelps is more of a game-face, alpha-dog kind of guy. He’ll be remembered for his glare-of-death in the direction of rival South African swimmer Chad le Clos before their 200 meter butterfly semifinal.

What links Phelps and Bolt is the record book.

Michael Phelps: He’s got 23 gold medals in five Olympic Games, by far the most of any athlete in any sport. He competed in five Games and at age 31 was old enough to swim in Rio against world-class athletes who grew up idolizing him. Phelps tried retirement after the 2012 Games, dispirited by his performance (four gold, two silver and one fourth-place finish — ugh, right?), which make these comeback Games even more amazing.

One of the most awesome moments of Phelps-watching in Rio was his performance in the 200-meter butterfly final, in which he surged to victory by a fraction of a second over a 21-year-old Masato Sakai — the kind of win that required equal measures of skill and guts. Having lost to Le Clos in this event in 2012, Phelps earned the right to throw some shade on his victims with some gold-medal gloating in Rio. He floated around the pool like a crocodile ready to strike, he stood and milked the crowd for adulation, he wagged his pointer fingers, he did everything except perform the poetry of Muhammad Ali. But you know what? Like Ali, he came by his braggadocio the old-fashioned way: He earned it.

“As a kid I set out to do something that nobody had ever done before,” Phelps said. “I can look back at my career and say: ‘I did it.’”

Usain Bolt: There may be no more fundamental claim to athletic fame than to be the world’s fastest human. That’s the unofficial title that goes with winning the 100-meter dash. Bolt owns the world record with a 9.58 second performance in 2009 and now he’s a singular Olympic champ who also has two more racing events in Rio.

In Sunday’s dash final, Bolt came off the blocks, um, not slowly, but clearly behind American challenger Justin Gatlin. By 60 meters in, the 6-foot 5-inch Bolt was in full churning stride, and Gatlin may as well have turned to dust. This was Bolt’s third consecutive Olympic gold in this event — a performance no other male or female sprinter has achieved.

“It was brilliant,” said Bolt, 29, who also knows a thing two about alpha-dogging: He’s got a signature lightning bolt pose. “Somebody said I can become immortal,” Bolt posited. “Two more medals to go, and I can sign off. Immortal.”

Phew! What performances. There’s nothing we can imagine doing that compares to the physical and mental training and skill required to be an Olympic athlete, let alone best. We’re just glad we got to watch Phelps and Bolt as they achieved glory in Rio.