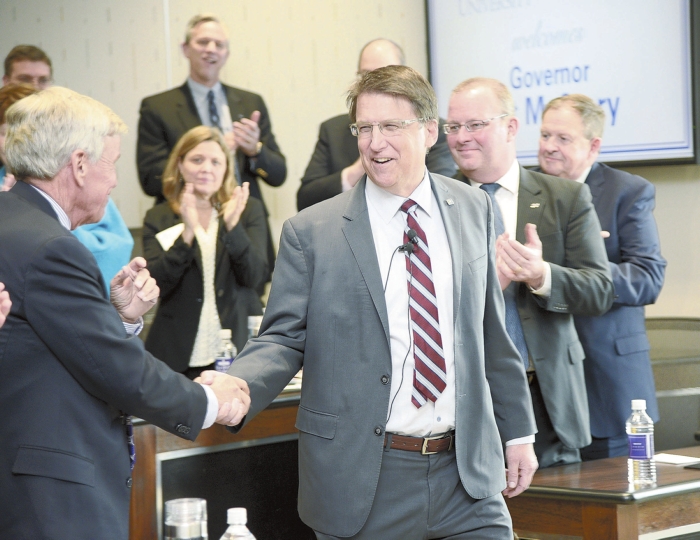 As a heated gubernatorial race rages across North Carolina, the two major party candidates have reduced the important, complex topic of coal ash to a series of political talking points.

Maybe it should be expected that the state’s most significant scientific debate would become politicized. After all, the issue originated following the Dan River spill. A discussion about the matter quickly followed in the N.C. General Assembly. Now, Gov. Part McCrory’s administration has accused a long-serving state employee of committing a felony by lying under oath. For its part, Democrat Roy Cooper’s campaign has said it wants McCrory to resign and fire a few staff members.

It’s looking more and more like coal ash has been reduced to a campaign issue where meaningless rhetoric suffices as a policy position.

Sure, the General Assembly passed a measure earlier this year that will provide clean water to neighbors of coal ash ponds. In Rowan County’s Dukeville community, that clean water is most likely to come from a municipal water line. Rowan County appears to be the furthest along in providing water ,and its solution is at least a year away from construction.

What about the rest of North Carolina? Are we content to let our neighbors live on bottled water for years? We’ve already passed the one-year mark. In Rowan, we’ll surely reach the two-year mark.

The true measure of a leader is the ability to provide for the needs and wants of his or her people. Our people need to live a normal, happy life — something that’s a bit more difficult to achieve if you live near a coal ash pond, regardless of who’s at fault.

Make no mistake, Dukeville residents aren’t just plagued by questions of whether water is safe. In July, Dukeville resident Marcos Albarran told the Salisbury Post that he originally planned to live in his Dukeville home for a few years, fix it up and move on to a nicer house.

“I just feel like I’m stuck,” Albarran said. “I’m not going to be able to sell my house … People are going to think about it more than twice before buying a house next to Duke Energy.”

The McCrory administration or his political campaign might say that a lone scientist — Ken Rudo — concocted a to0-strict health standard that’s started the entire controversy. It’s been said before.

What if we fixed the problem instead? What if McCrory expedited the process of building water lines in coal ash communities? A new state law specifies a timeline for completion; getting things done ahead of schedule would only help.

It’s our sincere hope that the coal ash debate can return to topics that matter for North Carolinians, instead of being consumed by political talking points.

Around the world on two wheels