Rowan deputy delivers baby on the way to hospital 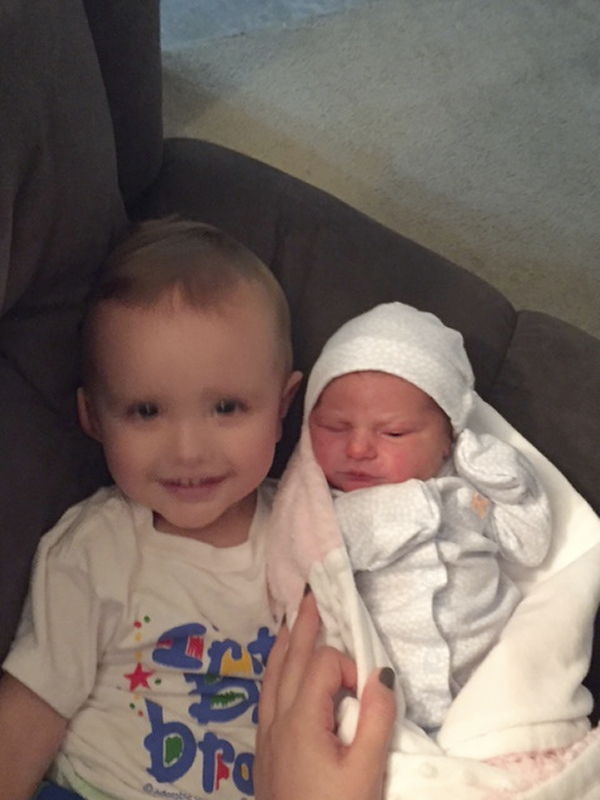 SALISBURY — Cora Hopkins arrived on her own time — not at a hospital like her parents planned, but in the car at a local convenience store and delivered by her father, Steven Hopkins, a deputy with the Rowan County Sheriff’s Office.

The special delivery occurred this weekend after Hopkins’ wife, Nicolle, had her first set of contractions Saturday around 2:30 a.m.

“She woke me up saying this was it,” Steven said.

“I asked her if she was ready to go to the hospital. She told me the contractions weren’t bad enough,” Steven said.

So Nicolle folded laundry and took a bath, but by the time she got out of the bath the contractions were a minute apart, Steven recalled.

“Nicolle yelled at me to get ready and that we have to go,” he said.

Steven helped Nicolle to the car and they left home, headed to Carolinas HealthCare System NorthEast in Concord, about a 30-minute drive. While riding, her contractions were 30 seconds apart. Nicolle asked Steven to call the hospital to see if they would get a room ready.

The hospital informed the couple the rooms were “first come, first served.”

Nicolle told her husband her water had not broken so “she should be OK,” Steven said.

Steven said it was about five to 10 seconds later that Nicolle’s water actually broke.

“Nicole told me the baby was coming,” he said.

Steven called 911 and pulled into Cheeseman’s General Store on Old Beatty Ford Road in Rockwell. Steven prepared himself and his wife to deliver the baby himself. He received instructions from the 911 dispatcher.

“Nicolle pushed one time and Cora arrived in my hands,” Steven said.

Steven wiped the baby’s nose and mouth and she began to cry, “which was a very good feeling,” he said.

About five to 10 minutes after Cora arrived, an ambulance arrived and the family was taken to the hospital.

“Nicolle and Cora were both healthy and had no complications,” Steven said.

“We cannot thank God enough for what he has blessed us with,” he said.