‘The Wright Brothers’ had all the right stuff 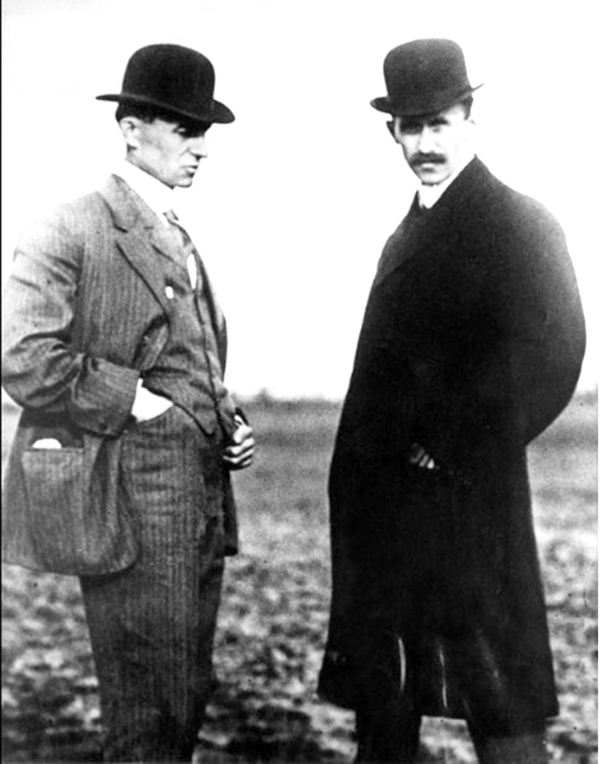 SALISBURY — Come to Rowan Public Library Tuesday at 7 p.m. to talk about the fascinating details of “The Wright Brothers,” by David McCullough.

McCullough brings the brothers to life in the pages of the book, transforming them from familiar names to real, live people, men who had common sense, determination and a certain brilliance. The combination made them successful at what so many others had failed miserably at — manned flight.

McCullough, in the book, and in his many discussions of the book, believes that the brothers, neither of whom finished high school, had a series of skills that allowed them not just to dream, but to realize it was possible to fly, if not like a bird, then using similar principals.

McCullough,whose deep, exhaustive research makes his books hard to put down, does a tremendous honor to the brothers by showing how clever and determined they were. “The Wright Brothers,” like previous McCullough histories, takes a subject and reveals not necessarily the mechanics, but the humanity and intellect that brought it into being.

McCullough found the brothers remarkable, and was determined to write more about them.

Sister Katherine played a huge part in their work and success, even giving up her job as a teacher of Greek and Latin to care for Orville following a serious crash. Her name doesn’t show up in the history books, and it should be there right along with the brothers.

Katherine was the one who went to college. The brothers were educated by their minister father, who taught them to read and write and to use language in a persuasive manner.

Their father also encouraged them to speak effectively, so that when they wrote and talked about their business proposals, they were able to win people over and explain things clearly.

Their father also taught them to be gentle, loyal honest men and good citizens.

Wilbur and Orville did everything together, but each brother had a distinct personality. Wilbur is intelligent and somewhat bossy. Orville was shyer and more optimistic. Both were very hard-working.

That they grew up and worked in Dayton, Ohio, was significant. Dayton had become a center for manufacturing and new inventions, including the cash register and other items we use every day.

Because their father encouraged them in reading, the brothers read everything they could about flight, even asking the Smithsonian Institution to send them everything it had about flight.

They watched seabirds for hours on end. They used their bicycle knowledge, simple material and very little money, as opposed to government-funded flight experiments that were costly and generally failed.

There was no newspaper coverage of the Dec. 17, 1903 first flight. Instead, they covered Samuel Langley’s Dec. 8 flight of the Great Aerodrome, which cost $70,000 and ended up in the Potomac River.

With a lack of interest in the United States, Wilbur went to France to try to sell their planes. The French loved him and treated him like royalty. His aerial feats were very impressive.

When Orville and Katharine joined him, they were recognized as heroes.

McCullough was impressed by their unparalleled attention to detail and their blend of imagination and ingenuity. They were also extremely brave, risking their lives each time they want up. They would not fly together, so someone would be left to carry on.

McCullough calls the story profoundly American, combining a sense of curiousity and determination that characterized the pioneers. Wilbur and Orville set out for unchartered territory and managed to conquer it with sheer hard work and brilliant minds.

Steve Cobb will lead the discussion of “The Wright Brothers” on Tuesday at 7 p.m. for the final event in the 2016 Summer Reading Challenge. Join the fun.