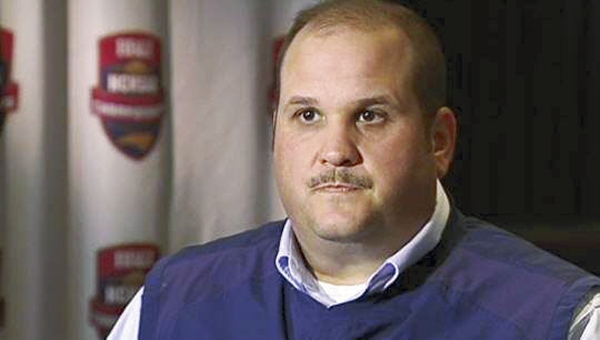 Scott Young said that the decision to relieve him of his duties as football coach at Independence High School caught him by complete surprise.

Young, highly successful head coach at West Rowan in 1998-2014, was hired by the Charlotte-Mecklenburg Schools to coach the Independence football program on May 6.

Young resigned as head coach at West in April 2015, due to health concerns. He had well-documented heart issues and was on a heart transplant list at that time. He got that heart transplant on May 28 of this year and spent 49 days in the hospital.

Young, 44, returned to work on July 15 and things seemed to be going well.

The death of his father, Larry, last weekend was another blow, but Young told The Charlotte Observer that he was at work on Tuesday, at football practice on Wednesday and team photos on Thursday.

But then early Friday, Young told The Observer that he met with Independence school officials and was told he was relieved immediately of his coaching duties. Young said he still had the option to remain as a teacher.

“It’s the most shocking thing I’ve ever had happen to me, and it’s the biggest curveball I’ve ever had in my life,” Young told The Observer. “They didn’t give me a reason at all.”

Neither Charlotte-Mecklenburg Schools officials nor Independence High have made any comment.

The Observer reported that Young said his family was planning to buy a house in Mint Hill. His wife, Dianne, has acquired a teaching position at an elementary school, Clear Creek, where their youngest son, Brody, will attend.

The Youngs’ daughter, Ally, is a rising freshman on Independence’s volleyball team, and their son Bryant, is a rising junior on the Patriots’ football team.

“I can remain as a teacher,” Young told The Observer, “but I have no idea. I thought things were progressing nicely. We had a parent meeting Sunday night, the night my dad passed, and everything was good. I was really pleased with how it was progressing since I got out there. I love the boys and I love the team.”

Independence starts its season next Friday at Dutch Fork High in Irmo, S.C. Dutch Fork is a 4A power coached by former Independence coach Tom Knotts, who led the Patriots to seven straight state championships in 2000-06.

Prior to coming to West Rowan in 1998, Young was an assistant at Davie County for four seasons.