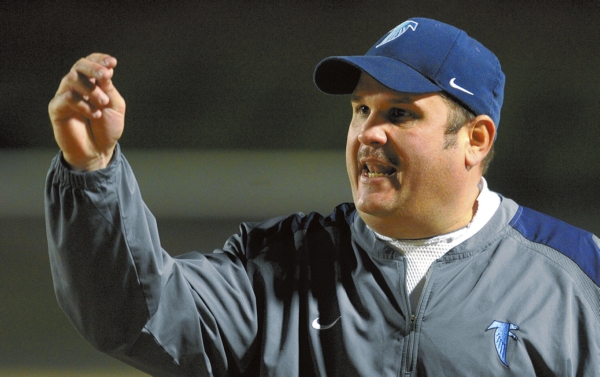 According to WBTV Sports, Young was given the news on Friday but was not given a reason for his dismissal. The Post’s attempt to reach Young on Friday night was unsuccessful.

Earlier in the week, Young was dealing with the death of his father, and then received this bad news yesterday.

Young, 44, had tremendous success at West Rowan, including three state 3A championships in 2008-10. Young’s teams won 172 games and nine conference titles in 17 seasons at West.

Young resigned as head coach at West in April 2015, due to health concerns. He had well-documented heart issues and was on a heart transplant list at that time.

“I made a decision that was best for the team and my health at the time,” Young told The Post in May when he announced that he was going to Independence. “But I missed it as soon as I let it go. I need to do what is my purpose in life — and that’s coaching football and teaching young men.”

Young said that the move to Independence began after Justin Hardin left Independence to become defensive coordinator at Charlotte Latin.

He had been looking at positions and Young said that he had interviews at two schools, one in South Carolina and one in North Carolina. He did not name the schools.

Young’s health came up in both interviews and he did not get either job.

Young said in May that he felt that he would be able to do the job after the transplant, although at the time, he did not know how quickly the surgery would come.

“I have a great set of doctors in Charlotte and Independence knows that when I get the transplant call, I will miss six to eight weeks,” Young said in May. “But they also know that I’m in this for the long haul and plan to be at Independence for a while. I think we ended up where the good Lord wants us.”

Prior to coming to West Rowan in 1998, Young was an assistant at Davie County for four seasons.

Young’s son, Bryant, was going to play for his father at Independence. Bryant was a sophomore quarterback who saw some playing time last season at West.