Police: Man robs CVS, gets away with pills 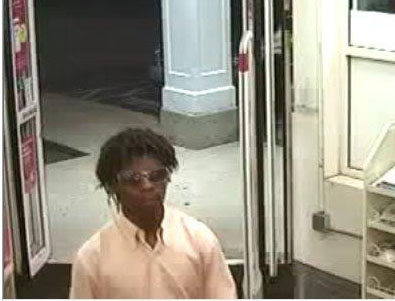 Salisbury Police say this man walked into CVS on East Innes Street and walked out with pills. Submitted photo

SALISBURY — Salisbury Police say a man walked into an East Innes Street CVS drug store on Friday night and walked out with an undisclosed amount of pills.

The robbery occurred at 8:50 p.m at 1702 E. Innes St. near closing time. The suspect waited until customers were out of the store, police said, and handed the pharmacist a note asking for oxycodone or he would shoot people.

The pharmacist gave the man “an undisclosed amount of drugs,” and the man left the store, police said.

No gun was ever shown during the incident. The man is described as a black male, 6 feet tall, with short dreads, wearing gold sunglasses, a peach-colored shirt and khaki pants.