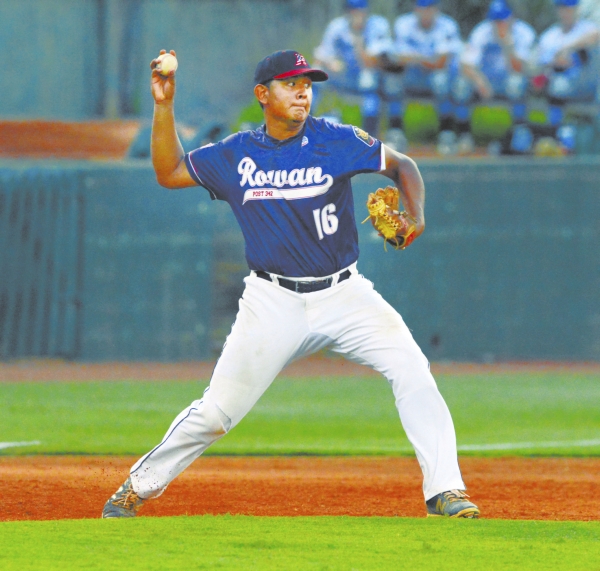 When Rowan County (38-11) faces Rockport, Ind. (32-1) on Thursday at 12:30 p.m. in the opening game of the American Legion World Series in Shelby, it will be a battle of traditional powers.
Rockport Post 254 coach Jim Haaff, an Indiana Baseball Hall of Famer, has been on the job for 50 years since taking the reins in 1966. His third base coach, Bob Snyder, also has been with Rockport for 50 years as well.
Haaff played for Rockport from 1957-59.
Rockport, representing a small town of 2,300, steamrolled the opposition in the Indiana state tournament held in Kokomo, scoring 48 runs while allowing nine.
Then Rockport went unbeaten in the Great Lakes Regional played in Edwardsville, Ill.
Rockport has won nine state titles, including four in the last 12 years. Rockport is making its fourth World Series appearance. It also was in the World Series in 1974, 1984 and 2007.
• NFL quarterback Jay Cutler, who starts for the Chicago Bears, is the most famous product of the Rockport Legion team. He played shortstop for the program from 1998-2000.
• Rockport is close to the Kentucky border and actually has players from Kentucky.
Andrew Hayden, a 6-foot-4 lefty from Owensboro, Ky., is rated as the No.1 southpaw in his state and pitches for Rockport. He signed with Murray State.
• Other Rockport players to watch include leadoff man/shortstop Kobe Stephens and cleanup hitter Jakub Shuler.
Closer Corey Ehelhar saved all four Rockport wins in the regional.
• Haaff has an old-school approach. Lefty pitcher Jesse Stallings fired 173 pitches and worked into the 11th inning in the marathon victory that clinched the regional.
• ESPN3.com will live stream the first nine games of pool play on Aug. 11-13.
ESPNU will televise the final day of pool play, the semifinals and the championship game on Aug. 16.
• Busloads of players were greeted with applause as they arrived at the Cleveland Mall in Shelby on Tuesday.
Rowan County, 83 miles from Shelby, obviously had the shortest trip. Rowan and the teams from Virginia and Rhode Island were the first to arrive in Shelby.
• The Shelby Star reported that Rhode Island’s Ryan “Veggie” O’Neill may have the tournament’s most unique nickname. A teammate said he “looked like a cucumber.”
• The 15 World Series games at Shelby’s Keeter Stadium were attended by 115,000 fans last season, which explains why Shelby has become the permanent home for the event.
• Leesburg, Va., won the Mid-Atlantic Regional on its home field.
• Texarkana, Ark., was declared the Mid-South Regional champ amid unusual circumstances.
After a Sunday rainout, tournament officials were unable to find a suitable field for the two finalists (Texarkana and host team Bryant, Ark.) to play on before the deadline set by the national office.