Kannapolis to partner with Florida developer 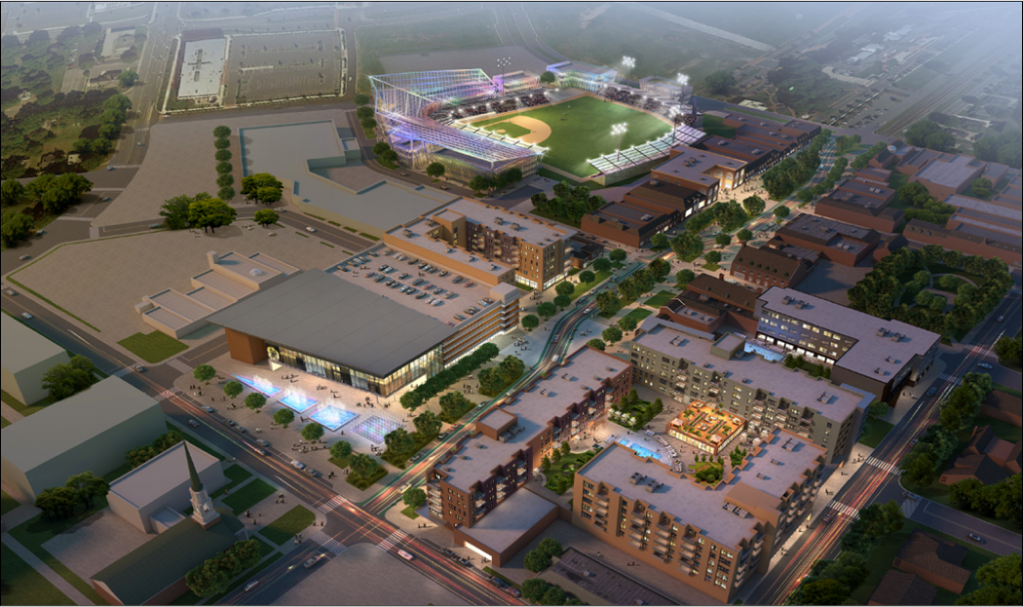 A rendering of Kannapolis' downtown, with the proposed mixed use development in the foreground. Submitted

KANNAPOLIS — City Council has chosen a developer for the first of several stages in the redevelopment of downtown Kannapolis.

Lansing Melbourne Group of Fort Lauderdale, Fla. was one of two firms that submitted proposals. Their proposal to invest $60.6 million in a mixed-use district project was double that of the other firm.

Currently, the city owns the four acres of land included in the proposal. The city will sell the land for $1.7 million, and the project will then be privately funded by the developer. A parking garage will be funded by the city, but the exact price of that project is not yet known. The garage will be included as part of a future budget.

The council heard from architects with Lansing Melbourne Group on Monday night, and both parties agreed to a memorandum of understanding, which is a negotiation of preliminary details concerning the development of downtown. The next step in the process is to complete the master development agreement, which establishes more details regarding design, finance, construction, ownership and operations. The master agreement will be completed by this December.

“We are comfortable working with government and feel like the market is strong here,” Peter Flotz of Lansing Melbourne Group said. For every dollar invested, the city expects to see a $5 return.

“We feel like the community is excited about this project,” Mayor Darrell Hinnant said.

The first part of the downtown demonstration project will include multi-story residential, retail and parking developments between Main Street and West Avenue.

The council will meet again on Aug. 22 at 6 p.m. at the Kannapolis City Hall.