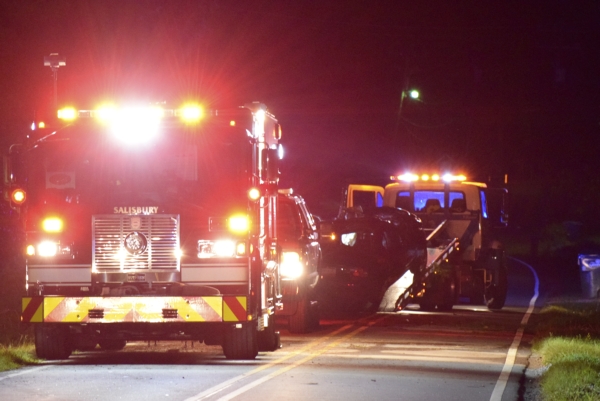 SALISBURY— A single vehicle wreck closed down Old Mocksville Road for more than three hours Sunday night. Staff at Rowan County Telecommunications said they received a call about an accident in the 1800 block of Old Mocksville Road at 7:48 p.m., Sunday, and the road was still blocked at 10:30 p.m.

Salisbury Police could not confirm reports of at least one fatality at the scene. Seargant A. Bouk with the Salisbury Police Department said no information would be released until police were able to contact the families of those involved in the wreck. Bouk did confirm that the vehicle had two passengers, and veered off the left-hand side of the road.

Police believe speed was a factor.