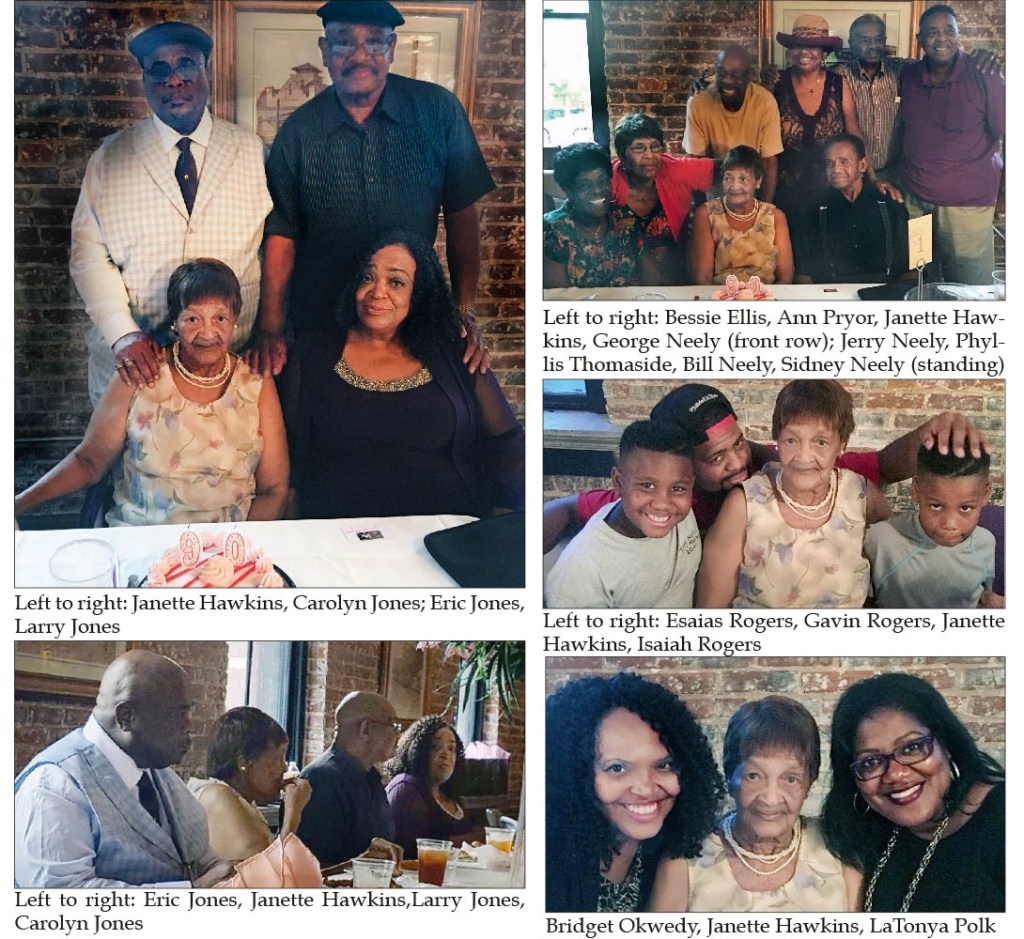 Family and friends gathered on Saturday, July 30, 2016 at the Heritage Room on East Council Street to celebrate the 90th birthday of Janette Neely Hawkins. Over 100 guests, family and friends joined in the celebration which was catered by Thelma’s Down Home Cooking.

Larry and Eric Jones showered their mom with love on this occasion. Entertainment was provided by her grandchildren. Latonya Polk rendered a song. Shamik Jones sang his original music as well as provided the music, sound and entertainment system. Her granddaughter, Bridget Okwedy and her husband Pastor Christopher Okwedy sang, and Pastor Okwedy ministered in Word.

Tributes were given by siblings Ann Pryor, Bessie Ellis, Phyllis Thomaside, George Neely, Bill Neely, Sidney Neely and Jerry Neely. Other relatives and friends recalled the times she taught them to cook, cared for them or just provided a time of laughter. Other grandchildren present were Gavin Rogers and Raquel Hammond. Great-grandchildren embracing her with love were Kristiana and Kristen Okwedy, Jellissa and Tylissa Hammond and Isaiah and Esaias Rogers.

She has been a pillar in the community, commonly known as “mama” to many. She is the mother of seven boys, Larry, Eric and the late Richard, David, William, Robert and Steve Jones with her first husband, the late Ernest Jones.

Janette has lived in China Grove, The West End of Salisbury and Hawkinstown. She is the widow of Carl Hawkins Jr. of Hawkinstown. Janette is a member of St. Luke’s Baptist Church of Hawkinstown. A native of Rowan County, she is of the historic Neely family of Neelytown where the first school for black children in Rowan County has been restored and is located. Janette attended that school, which was started by her grandparents, along with her brothers and sisters.