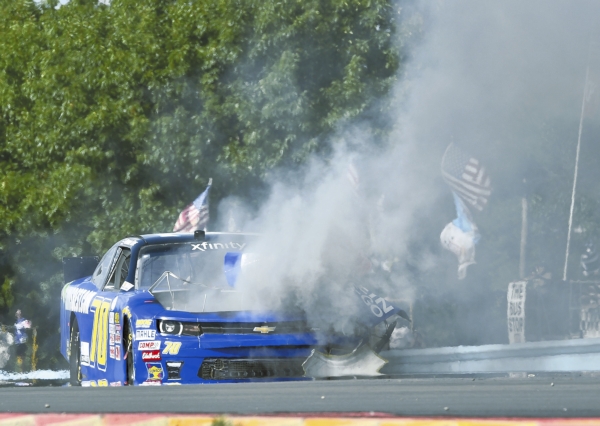 Running in the back of the field Saturday in the Xfinity race at Watkins Glen International, Cope’s Blue No. 70 Chevrolet rolled to a halt in a runoff area in the track’s chicane and then the front of his car exploded, the hood flying up and brake dust showering the front of the car.

NBC’s announcers Rick Allen, Jeff Burton and Steve Letarte were puzzled, and so was Cope.

“It exploded the whole nose,” Cope said to his crew over his radio. “I don’t know what that was.”

Neither did the sanctioning body. NASCAR’s David Higdon tweeted “We’ve impounded and will review to identify what exactly happened.”