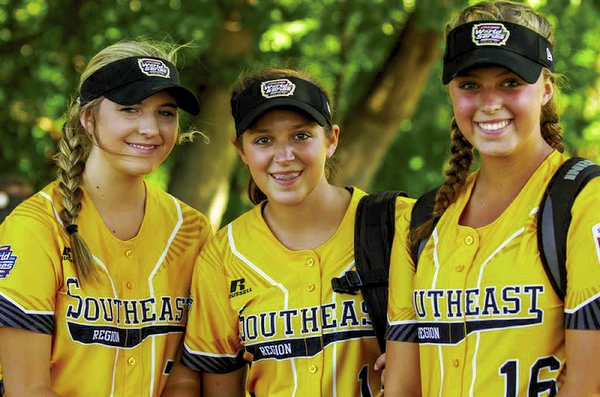 Rowan County’s 14U softball team completed its run in the Junior League World Series in Kirkland, Wash., with another victory on Saturday and finished 5-2 in the event.
Rowan beat the host team for the second time, cruising, 12-0, behind shutout pitching by Annisten Christensen. Christensen struck out five.
Jentri Meadows had four hits and two RBIs to lead the offense in Saturday’s romp. Hailey Lane had two hits, and Ally Young and D’Nahjah Harrell had two RBIs apiece.
The first N.C. team to reach the Junior League World Series, Rowan’s overall record was the second-best in the event, and Rowan’s wins included a pool play victory against eventual runner-up Canada.
Rowan lost to Ohio in pool play and also dropped a critical game to Texas, 14-12, in the knockout round.
Rowan came back from the Texas loss and won its final two games, taking fifth place.
Puerto Rico went undefeated in the tournament and outscored Canada, 8-6, in an ESPN-televised game on Saturday for the championship.
“This experience was phenomenal for all of us,” Rowan manager Johnny Meadows said. “It’s a great thing to play for a community and the surrounding areas. I’ve coached Legion, rec ball, college ball, tournament ball, high school ball and middle school ball, but nothing will ever beat this experience.”
The Rowan manager said he’s exhausted, but he won’t be coming home yet. Meadows’ next stop will be Portland, Ore., where he’ll be watching another of his daughters, Bentli, play for the Rowan County Little League 12U team.
“I’ve been coaching since January,” Meadows said. “Now I can go to Portland and watch (Steve) Yang coach while I relax a little bit.”
Rowan’s 12U softball team is scheduled to arrive in Portland, Ore., today for the Little League World Series.
The Rowan team won the 12U World Series last summer. Opening ceremonies are Monday. Rowan will play its first pool game in Oregon on Tuesday against Canada.