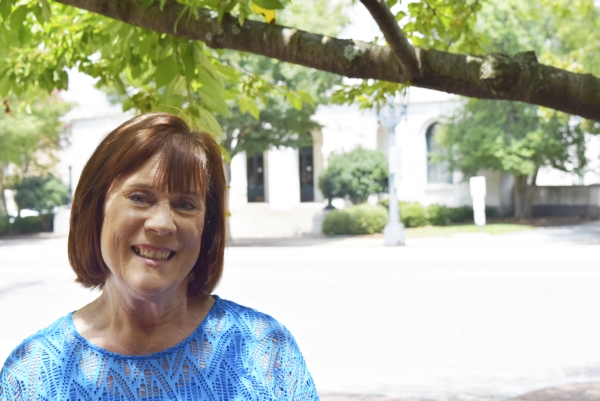 SALISBURY — For retired teacher Susan Cox, being on the Rowan-Salisbury Board of Education is one way to stay involved in her passion.

“I feel that by being on the board, I’m contributing to education in a different vein,” she said.

Cox is running for her second term on the board’s southeastern seat, against newcomers Andrew Poston and William “Dr. Rob” Robertson. Cox said her goal as a member of the board is to fight for local control and to support teachers, administrators, students and parents.

“There is something inherently wrong in education, and I believe it stems from the statutes and guidelines that are handed down to us. And our hands are tied,” she said.

Federal and state regulations determine everything from the length of a school year to standardized testing — a measure that Cox said is “inherently flawed” and makes “low test scores, to a degree, a fallacy.”

By returning control of such decisions to local boards, testing and curriculum could be tailored to the needs of each system, and it would take pressure off of teachers.

“Teachers have no control over so many factors, but they are evaluated as if they have control,” she said.

Local control has the potential to positively affect everything from test scores to teacher retention.

Cox has also advocated for a teacher retention morale committee, a committee to design restorative classrooms, pushed for the state to redesign its implementation of Read to Achieve and currently serves on the North Carolina Committee of Practitioners, which advises the state Board of Education on the Every Student Succeeds Act. She said she would like to continue to serve the community, and the system in similar capacities.

“I didn’t get on the board to sit . . . I wanted to be involved and I wanted to make a difference,” she said.

However, Cox has also served on the board during some turbulent years. She voted in favor of the controversial Wallace Educational Forum, and said she believed building a single, centralized office building was, in the long run, more economical than “throwing money away” on five different properties. Cox also voted in favor of the one-to-one initiative, although she initially abstained from voting on the issue.

Cox said she felt it was important to have a centralized site for the new elementary school which will consolidate Cleveland and Woodleaf elementaries. At a July 18 called meeting, she voted for moving to acquire a parcel of land on Foster Road, which was the most expensive of the three properties up for consideration. But Cox said she felt the board implied it would choose a neutral site.

“Every time the board brought it up, that was an issue that was brought up and was discussed,” she said.

She also in May voted against dismissing “scenario one,” a proposal presented to the board by SfL+a Architects that theorized the closure of six area elementary schools. The scenario was dismissed by the board after community outcry.

Cox said she voted against the motion because she thought it would have been “disingenuous” to vote for it, and added that the board had never made any decisions about the scenario in the first place.

“We were just seeking information, so why did we need a vote to take it off the table?” She said.

The scenario, she said, was “never a decision,” but just a discussion about information the board received.

Cox said the board has no plans to pursue the scenario.

“We gained information, and that’s all we need right now,” she said.

Cox said she would like to be able to continue to support the school system, and said she hopes that if people think she’s done a good job, they’ll vote for her. But if they choose to vote for her opponents, she supports that decision.