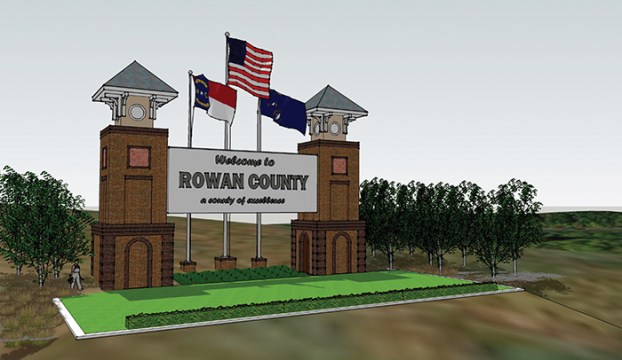 Editorial: Signs of life in Rowan

Welcome to Rowan County, where people can be quick to shoot down an idea.

Reaction was swift on social media after county commissioners voted Monday to put signs at the entrance to Rowan on I-85. On the Post’s website and Facebook page, readers piled on, calling the signs pretentious, a waste of money, gaudy, tacky — you get the idea. One person said they looked like the entrance to a military base.

The nays are not universal, though. On the Facebook page of Greg Edds, chairman of the county commission, commenters mentioned progressive thinking and a sense of pride. People responding to a poll on the Post’s website were generally supportive of the idea, too, though most balked at the $325,000-per-sign cost and some would like to see a different design. Only 50 out of 230 people voted for “We don’t need entrance signs.”

Signs are not going to fill empty stomachs or prepare kindergartners to learn. Instead, county leaders are trying to address local needs by courting jobs and investment that could lift all boats. We’d rather draw attention for having the state’s best schools and most thriving economy, but first we need investments to get us there. The signs are one way Rowan can differentiate itself.

Edds has not been deterred by negative comments.

“In general, I think that most folks understand that this is not about a sign and that the money spent here is being leveraged to bring in much more revenue than the cost of the sign. Some just don’t get that,” Edds said in an email Wednesday. Some people, he said, are negative toward anything commissioners do.

“I knew that going ‘bold’ would invite criticism. That’s OK. But sitting around and waiting for something to happen is no longer an option.”

Agreed. That said, it makes sense to build the signs with contributions from local businesses and organizations as much as possible. So far commissioners have raised $171,000 in cash and in-kind donations. Now that the plan has become public, more supporters may step forward. Scaling down the oversized signs is another possibility.

Impressive gateway signs would show that this community believes it merits more than a routine highway sign. They would give the impression that something is going on in Rowan. If, for now, that “something” is just self-promotion, so be it. Community pride can be a valuable asset.

Leonard Pitts: An open letter to the GOP about Mr. Trump

Dear Republican Party: Congratulations. By now, one thing is beyond dispute: You have produced a candidate for the ages. This... read more