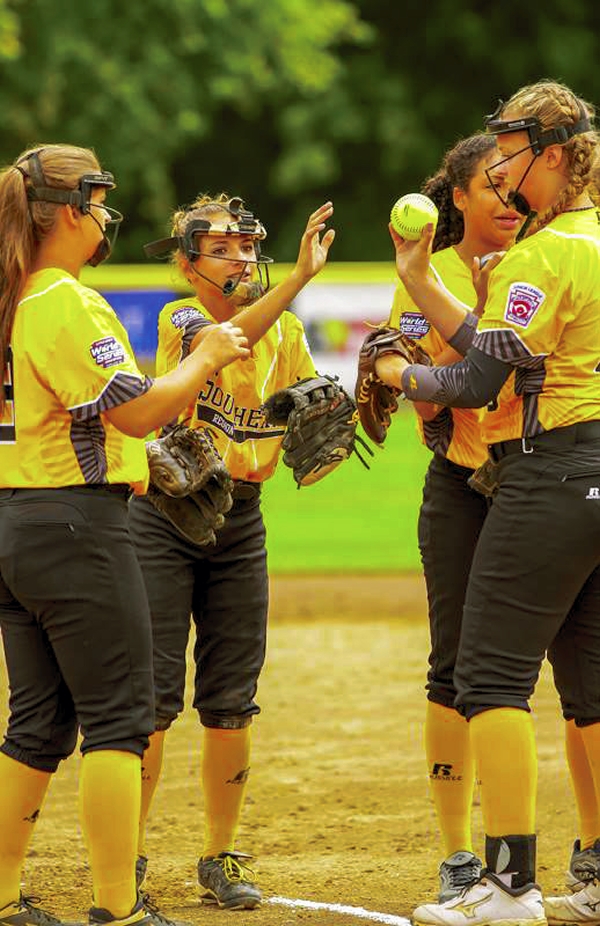 KIRKLAND, Wash. — Imara Harrell had three hits, Aubrey Tuell battled through six innings in the circle, and Rowan’s 14U softball team posted a 7-2 win against Canada on Wednesday in the Junior Softball World Series.
Rowan finished pool play with a 3-1 record and earned the No. 2 seed from Pool A. Rowan is expected to take on Texas, the No. 3 finisher in the B Pool, tonight at 7:45 p.m.
Rowan got off to a quick start on Wednesday, scoring three runs in the first and three more in the second.
“We found our bats today,” Rowan manager Johnny Meadows said.
Hits by Olivia Marshall and Jentri Meadows set the table in the first inning, and Lucia Barbon drove in two runs before Rylie Warren produced a run-scoring single for a 3-0 lead.
D’Nahjah Harrell tripled to start the second inning and scored when Lauren Coughenour doubled off the wall. Marshall and Meadows also drove in runs as Rowan pushed its lead to 6-1.
Imara Harrell knocked in Rowan’s final run with a hit in the third inning.
Canada had a lot of baserunners and a lot of threats but couldn’t do much damage.
“We made some very key defensive plays,” Johnny Meadows. “We threw two runners out at the plate, and (catcher) Jentri Meadows had a big pickoff.”
Kali Morton pitched one inning.
Rowan out-hit Canada, 11-6.
•••
Rowan Little League’s 12U team, the defending champs, will arrive in Portland, Ore., on Aug. 8 for the World Series. Opening ceremonies will be held Aug. 9. Rowan is scheduled to play its first game on Aug. 10 against Canada.