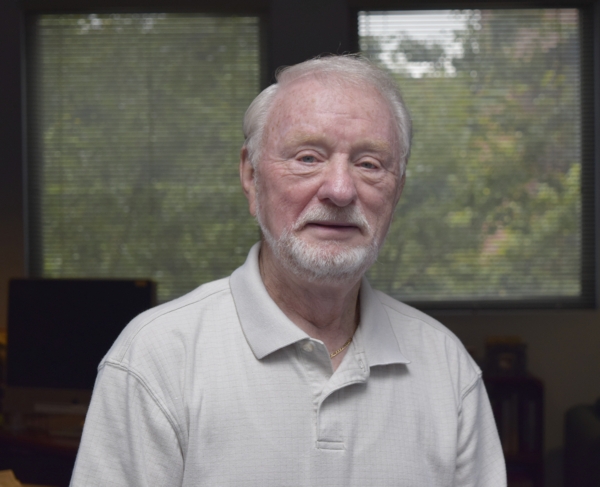 SALISBURY — Rowan-Salisbury Board of Education member Chuck Hughes said he almost decided not to run for re-election this fall.

“But then I started looking at the things we have on the table now,” he said.

Now, Hughes said he’s running for the board’s fifth seat because there are two projects he wants to see through — restorative classrooms and open enrollment. But in his four years on the board, he’s been through more than a few controversial decisions.

Hughes said he initially opposed the building of the school system’s centralized office. He agreed there was a need for one, but said he thought funding could have been better used to improve school security.

He also voted in support of the merger of Cleveland and Woodleaf elementaries into a new, consolidated school, but said he never supported the proposal that recommended closing four other area elementary schools. However, at the April 7 presentation of the scenario, Hughes and other board members also did not speak out against the proposal. Hughes said the board did not have time at the retreat to determine whether the proposal was a good idea or a bad idea, they merely received the information.

“It was not something that this board had ever set down and considered that, ‘This is what we want to do,'” he said.

Hughes also voted for the one-to-one initiative, which placed an iPad or laptop in the hands of every student in the system. The concept was good, Hughes said.

“I think we probably overshot,” he added.

Having seen the program in action, Hughes said he would like kindergarten through third grade to be device-free, with a gradual introduction as students aged.

But when it comes to test scores, Hughes is less certain. The state in September named Rowan-Salisbury Schools a low-performing school district, and solving the problem may take some creative thinking.

“Well we’ve thrown about everything we can throw at it,” Hughes said.

You can’t always solve problems by throwing money or programs at them, he said. Test scores for the 2015-16 school year will be released in September, and Hughes said if they haven’t improved the board may need to have a retreat to think of new ways to tackle the issue.

For another issue — teacher retention — Hughes said he believes the answer is not in raising salaries, but in improving work environments.

“If they’re leaving because of salaries we’re in dire straits,” he said.

“So we’ve got to give them some other reason to stay,” Hughes said.

Disciplinary issues are a big reason for turnover, Hughes said he believes. The board recently approved a restorative classroom pilot program for elementary students with severe behavioral issues. Hughes has called the program the most important decision the board has ever made, and said he believes it will make a real difference in the district’s turnover rate — not only will it help children with chronic issues, but it would allow their original classrooms to return to a regular routine.

Once the program launches, Hughes thinks it will help lessen turnover.

Hughes also said that, if re-elected, he plans to push for district-wide open enrollment.

“I think every parent in the county has the right to choose what school their child goes to,” he said.

In response to questions about controversy surrounding some of his remarks at previous meetings, Hughes said he was guilty of making a flippant remark, which was misrepresented when it was picked up by national media. In regards to an incident at a town-hall style meeting at West Rowan to discuss the new western elementary, Hughes said he’d been disappointed that most of those attending were “rabble-rousers” instead of people from Cleveland and Woodleaf.

Hughes said if he was re-elected it would be his last term. He also said he thought he’d learned to be less assertive and less critical. As of Monday morning no one has filed to run against Hughes, whose seat represents the city of Salisbury.

Filing for the Rowan-Salisbury Board of Education ends Aug. 19 at noon.