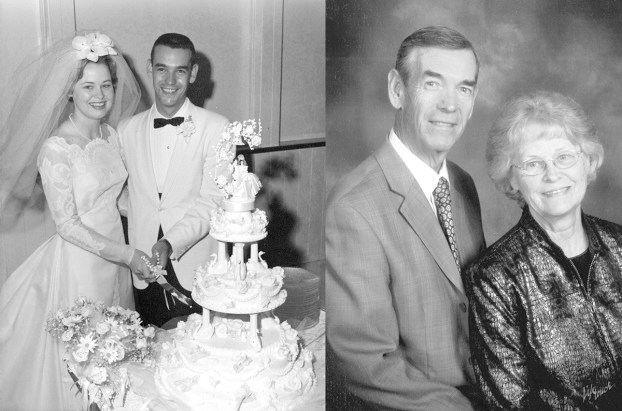 Murl Alexander Leazer and Patricia Ann Olsen Leazer of Rockwell celebrated their 50th wedding anniversary July 24, 2016. A private luncheon followed by an anniversary reception are being held in their honor July 31, 2016 at First United Methodist Church. A stay at Across the Pond Bed & Breaksfast in Salisbury will complete their celebration.

The Leazers were united in marriage July 24, 1966, at Grace Lutheran Church in China Grove by the Rev. James Walker. Murl is the building superintendant at First United Methodist Church of Salisbury. He was formerly the produce manager at China Grove A&P and owned Leazer’s Cleaning Service.
The couple have three daughters, Kelly Denise McCarthy, Melissa Shawn Bradshaw and Jennifer Ann Buttery. They also have six grandchildren.