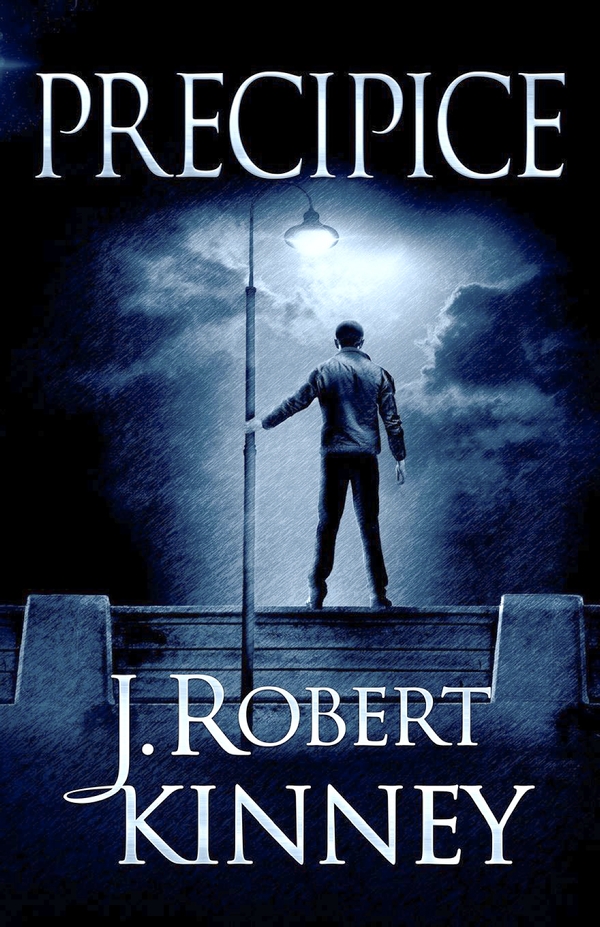 J. Robert Kinney, author of ‘Precipice,’ on how he got started

Author J. Robert Kinney, from the Concord/Kannapolis area, recently answered questions from book editor Deirdre Parker Smith. He will sign his book Aug. 5 at 6 p.m. at Literary Bookpost, 110 S. Main St.
Here’s a description of his book: “A trail of murders, an unexpected enemy, betrayal and desperation plaguing the friendly, suburban town…A young government agent tasked with solving it, battling his own demons along the way…A new partner with a dicey past, icy exterior, and hidden secrets…An aging ex-military man thrust in the middle of the danger, but determined to atone for a past mistake…And a recent widower grieving while on the run for his life… A dangerous plot is brewing and they must do everything they can to stay alive and stop the threat, but assumptions get tested, beliefs are flipped upside down, and not everyone is who they appear to be.”
Q: How long have your been writing and have you submitted other books to be published?
A: When I was growing up, I hated writing, but after being blessed with a series of very good English teachers, I started writing little snippets in high school, including the initial idea for ‘Precipice.’ That mostly entailed inventing characters or single scenes though. I didn’t get serious about finishing a whole book until late college and especially after graduation. So I guess you could say I’ve been writing for a little over 10 years now, but not seriously until the last five or six.
This was my first book to be completed, though I have several more in the pipeline going forward.
Q: The book is a thriller with a lot of mystery, lots of shadowy figures. Where did you get the inspiration for that?
A: I’ve always been interested in this type of story, with characters in the shadows and a lot of intrigue. When I was young, I read The Hardy Boys and various whodunit tales. Then I grew up reading Ludlum, Grisham, Peretti, etc. And now, I have a Brad Meltzer on my bedside table and a stack of other mysteries on my to-read list. My interests fuel my inspiration for my own writing.
In addition, mysteries are of particular intrigue for me because I’ve always loved puzzles. And mystery stories are puzzles at heart. I like to try to solve them and figure out what’s going on before the author reveals it fully. So when I write in the genre, I like to keep things hidden, dropping little hints and clues along the way, but refraining from full revelation until near the end to give readers that chance to build theories and try to solve it along the way.
Q: Thrillers are very popular these days, and with authors like Salisbury’s John Hart on the bestseller list, do you hope to benefit from the trend?
A: I suppose you could say I write the type of novel I would enjoy reading myself. So I chose to write in the mystery thriller genre because it’s the type I not only grew up reading, but also what I gravitate towards today. I suppose I’m glad that my interests happen to align with the current interests of the general public, but that’s not why I elected to pursue this genre. I’d likely be writing suspense and mystery even if it wasn’t popular, simply because that’s what I enjoy.
Q: You’ve studied some fascinating subjects. Has that helped with your writing?
A: Absolutely. I studied psychology as an undergraduate and forensic science for a master’s degree, so criminal motivations and how to investigate their crimes is something I’ve spent a lot of time learning about and seeking to understand. Whether it’s knowing how to read blood spatter or gunshot residue patterns to understanding how AFIS (the national fingerprint database) works to having a knowledge of serial killer psychology, I try to instill that knowledge into the stories I write. And with my current education in terrorism studies and international relations, you can expect to see those topics pop up in future books as well!
In addition, I think the utilization of my education in my book adds a realistic feel to the writing that is often lacking in the genre. When I come across poor forensic science or other elements/facts in a book that are incorrect, that really pulls me out of the story, so I do my best to ensure the procedures I describe are as accurate as the medium and genre allow.
Q: Has anything you studied or heard about in your education fueled this book?
A: My education has certainly fueled my interest in the subject matter, in particular the psychological aspect. At every level of my education, I’ve studied some aspect of human psychology. My undergrad was general and personality psychology, my master’s involved criminal psychology, and now my doctorate involves some terrorist psychology. So I’ve definitely put a lot of time into trying to understand the mind. Why do people do the things they do? And in particular, why do bad people do what they do? Villains are generally the most intriguing from a psychological perspective, because they’re somewhat more twisted. But even in my good guys, I like to explore their backstories, the “why” that led them to their current spot in life, the flaws that make them human and impel them forward. And a lot of that interest comes from my educational pursuits.
Q: Do you plan to keep writing?
A: Yes, definitely! I am working on my next novel right now, which is probably about 40 percent complete. And I have ideas for several others roughly sketched out, as well. My writing has become an escape for me when I need to take a step back from my everyday studies and work. It’s what I do when I’m stressed, as a way to relax. So I imagine I’ll keep writing as long as that is still the case.
You Might Like