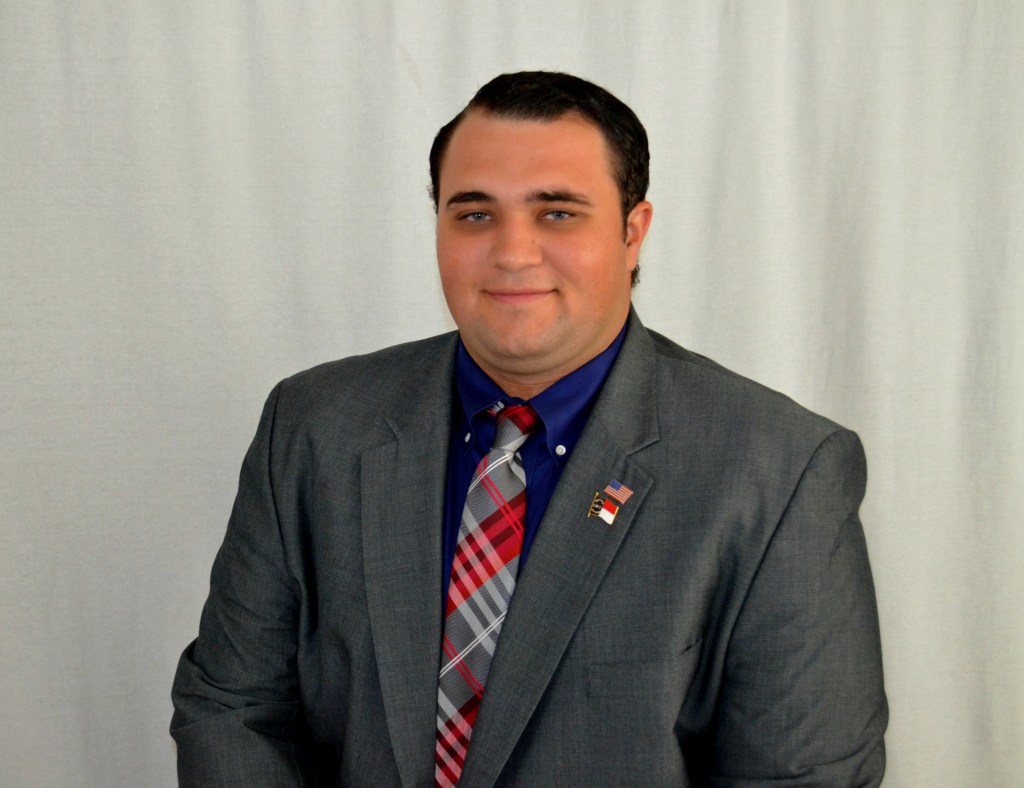 SALISBURY — Should he be elected in November, Board of Education hopeful Andrew Poston said he’ll bring common sense to the board.

Poston is running for the board’s seat 7, representing the southeast district. The seat is currently occupied by Susan Cox, who has filed for re-election. Dr. William “Rob” Robertson has also filed to run for the seat.

Poston received his undergraduate degree in history and political science from the University of North Carolina at Charlotte, and is pursuing a master’s in teaching. He may be young, but Poston believes it gives him an edge — no one else running for the board has been made to live with its decisions, as a student as recently as he has.

“It’s given me a perspective that a lot of people may not have as to what it’s like to go to school in the county that you’re running for,” he said.

Poston ran for the North Carolina House’s 77th district last fall, but lost to Harry Warren. He said he planned to spend the next few years fundraising before running again in 2018, but when the heard a proposal earlier this year that recommended closing six area elementary schools, he thought there was work he could do closer to home.

“When the consolidation issue came about I realized I really could be doing good things on the board of education,” he said.

When it comes to consolidation, Poston said he’s “generally against it” and believes that the system has solid sources of funding that will be freed up in the next few years.

“If we need to rebuild schools, we have the money coming in over the next several years to do so,” he said in an e-mailed press release, “Carson and Southeast will be paid off in four years, and our last bond will be paid in six, leaving us with $11 million per year that we currently do not have.”

Closing schools unnecessarily would “dismantle the sense of community we’re engendering to our students” as well as cripple the economic structure of many towns.

“If you take Faith out of Faith, Faith is no more. Faith dies,” he said, referencing the proposed closure of Faith Elementary School earlier this year.

With the money made available once the schools are paid off, Poston said, the board can focus on rebuilding schools that desperately need it, like Knox Middle School.

One thing Poston said he feels the current board lacks is a clear goal.

“The last three boards seem to be wandering out without a sense of direction . . . that’s not how you govern,” he said.

In 2015, Rowan-Salisbury Schools was named a low-performing school district by the state. Since then, Poston said, he hasn’t seen any system-wide plan or collaboration to help improve test scores. Ideally, he said, there would be system planning meetings, and a cohesive approach.

Poston did say that the current board has made positive improvement with the recent approval of salary supplements and the implementation of a pilot restorative classroom program. These things will help get the system back on track, and will improve working environments, which could help increase teacher retention. However, Poston said the board should still strive to increase supplements as it’s able.

In an e-mailed statement, Poston also advocated for a “well-funded and well-led” charter school.

“Rowan County could benefit from it because it creates competition and will make the district want to perform better to keep up with the charter school,” he wrote.

In the statement Poston said he would also like to see the creation of a vocational high school to create options for students who don’t plan to pursue higher education, and added that he was a proponent of open enrollment.

“I believe that parents should have the absolute choice as to where their child goes to school,” he wrote.

To prevent dead zones, he said, schools could have attendance caps and transfer limits.

“But a parent knows best for their child,” he said, “and I will always believe that.”

When voters go to the polls in November, Poston encouraged them to “vote their conscience,” and to think of the candidate with the most common sense.

“I will put our kids and parents first, our teachers and school staff second, and everyone else after,” he said in a press release, “We can make RSSS great again.”