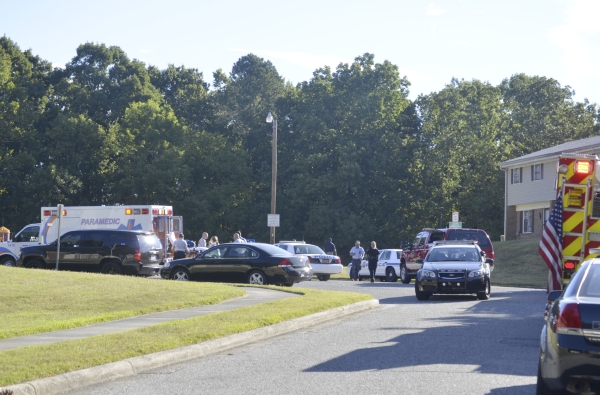 Salisbury Police investigate a shooting at Zion Hills Apartment complex, located on Standish Street. Officers responded to a shots fired call Friday morning and found a male dead behind one of the units. Shavonne Walker/Salisbury Post

UPDATE: Salisbury Police have identified a man who was shot and killed at Zion Hills Apartment complex this morning as Reggie Jasmond Burke, 30, of Salisbury.

He said one adult man was found dead when police arrived. The man was found just beyond the tree line behind the complex. Police began roping off the area and detectives started knocking on doors.

Stokes said the shooting did happen at the complex, but that it was still early in the investigation and they are waiting to solidify a suspect description.

Police have not released the man’s name.

This is a developing story.