Other Voices: Democrats try to clean up mess 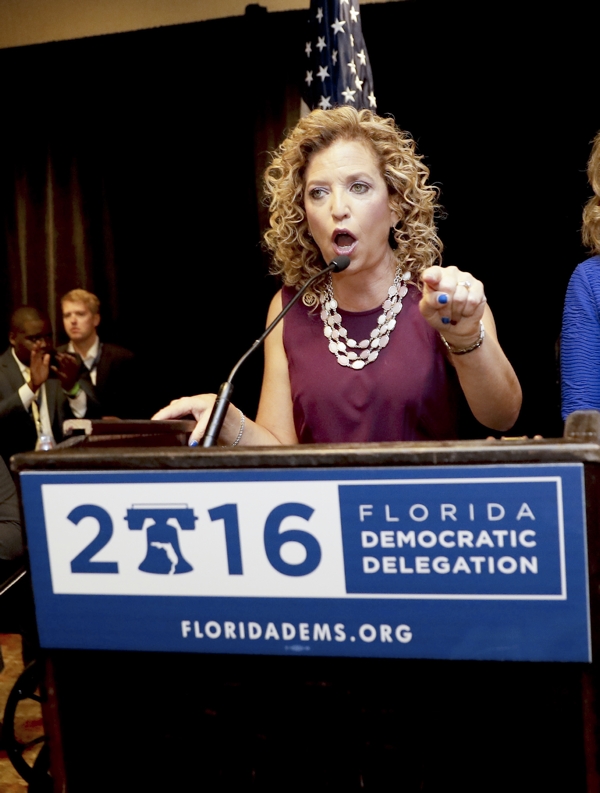 Before it was even gaveled in on Monday, the Democratic National Convention started on the wrong note, with a damaging leak of emails that cast the party in the worst possible light and threw further doubts on the veracity of the nominee it is supposed to showcase this week.

Democrats were right to remove Debbie Wasserman Schultz from her role in the convention, and her resignation as DNC chairwoman is a needed first step. But that can’t be the only repair work. The DNC’s mishandling of the primary has been flawed from the beginning, starting with its blatant attempt to downplay debates that the party thought — incorrectly, as it turned out — might give the advantage to Democratic opponents of Hillary Clinton.

It is not so unthinkable that a party apparatus might have a favorite in a primary race, particularly when the lead rival is a lifelong independent who only recently turned Democrat. But its own stated role is that of neutral broker during the primary. Instead, the leaked emails have revealed a disturbing level of mendacity and a win-at-all-costs mentality that apparently extended even to sowing doubt among voters about Sen. Bernie Sanders’ faith. It turns out, as Sanders’ followers believed all along, that the system was rigged.

Few could blame Sanders’ supporters — many of whom were new to politics — for becoming embittered and discouraged. Hillary Clinton, who, barring unforeseen circumstances, will become her party’s standard-bearer this week, has a special responsibility in the days ahead to be more forthcoming than she was in the drawn-out private-server debacle.

Her campaign is said to have pressed for Wasserman Schultz’s resignation, which was the right move, but it also promptly named Wasserman Schultz honorary co-chairwoman of Clinton’s 50-state campaign. That makes it harder still for voters to believe there was not a high level of coordination between the DNC top leaders and the Clinton campaign.

Sanders, in a true grace note, moved quickly on Monday to notify party officials that he would formally release his delegates to Clinton during Tuesday’s roll-call vote. Party officials owe a special debt of gratitude to a man who brought a crackling energy to the primary, sharpened Democrats’ focus and provided a rigorous test for the ultimate nominee.

Democrats must work hard not just to put this behind them, but to look deeply into what went wrong and avoid the temptation to make a scapegoat of Wasserman Schultz. As they do so, they would be wise to bear in mind that this story is likely to linger.

Hints of further leaks and a possible connection to Russia’s Vladimir Putin lend a troubling dimension that has already prompted the FBI to announce an investigation. That inquiry should be full and swift. If Russia has attempted to influence a U.S. presidential race _ and if there is any possible connection to GOP nominee Donald Trump, who repeatedly has expressed admiration for Putin _ American voters must know at the earliest possible juncture.

Democrats can ill afford the distraction, but it is one ultimately of their own making.