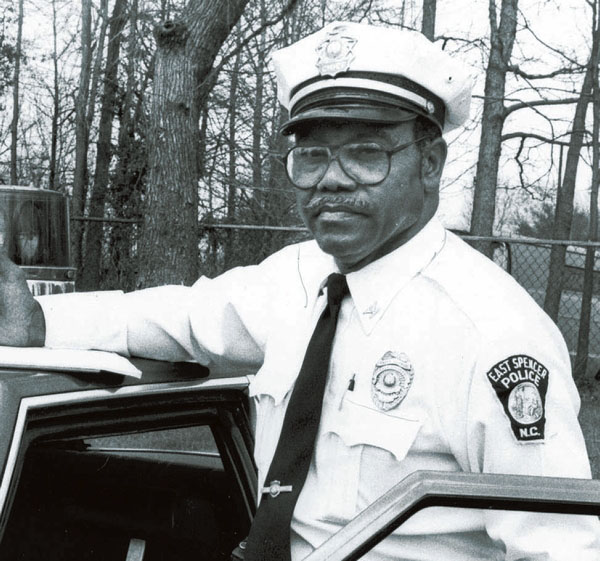 EAST SPENCER — John L. Rustin Sr. was a part-time police officer for the town of East Spencer during a time where he had no authority when it came to the arrest of white suspects. He had to wait for the white police chief to arrive. It was 1952.

Fast forward 22 years and he would become the town’s police chief. It’s been said he was North Carolina’s first black police chief, but no records exist to substantiate that fact, which didn’t seem to matter to “John L.” as many knew him.

Rustin would hold the position as chief until 1987, when he suffered a stroke that forced him to retire. The former chief didn’t let the stroke slow him down and almost immediately ran for mayor that same year. He lost that year, but was elected to the office in 1989. The retired lawman, former mayor, and youth advocate, died this weekend at the age of 91.

Rustin served his community in several capacities, including being employed at Isenhour Brick and Tile, now Boral Brick, while at the same time serving as a police officer. He was elected alderman in 1993, 2001 and for the final time in 2005, when his declining health led to him step down.

“He didn’t want to,” Gwendolyn said, “he wanted to keep giving.”

Rustin’s mother died in her late 30s, and in order to help keep him off the streets he lived with an aunt in Washington, D.C. his daughter said.

He was educated in Washington schools, but upon graduating Rustin returned home to North Carolina. It was in Washington in 1935 that his interest in law enforcement was spawned when he was inspired by a resource officer.

“He always liked to give people a chance,” Gwendolyn said.

He often tried to keep people out of jail, saying, “I’m going to give you a break, but I don’t want to see you again,” she said.

Her father did it because he believed in giving others an opportunity to make it right.

“My sympathy goes out to the family, friends and the citizens of East Spencer,” said Mayor Barbara Mallett, who served as town clerk when Rustin was in office.

She said as she looks around town, there are many people who were influenced by knowing Rustin and people who have “become successful by his legacy in the town of East Spencer.”

“One thing I know that kept East Spencer safe he knew ‘community policing’ before the term became popular today. Chief knew everyone, and he helped everyone, the parents and the children,” Mallett said.

“He built his life on service to others,” she said.

He was community minded from the schools where he was PTA President to church where he was chair of the trustee board at one time, and as an army veteran where he served his country, Mallett said.

“The town of East Spencer will greatly miss the man we all came to know and love, the person we call ‘Chief,’ ” she said.

He served on several boards throughout the years including the Rowan Chamber of Commerce, the Civitan Club and Peace Officers Association. He was a life member of the local NAACP and N.C. Association of Chiefs of Police.

Rustin was a recipient of the Martin Luther King Jr. Humanitarian Award and in February 2011, Rustin received the Order of the Long Leaf Pine, North Carolina’s highest civilian honor. A street, located beside the East Spencer Post Office,was named in his honor. He was a lifelong member of Southern City Tabernacle AME Zion Church in East Spencer, where he served in almost every capacity and office.

He served in the military during World War II and was honorably discharged in 1947. He was married to the former Ella Mae Cockerl and together they had six children — Gwendolyn “Gwen,” Loretta, John L. Jr., Leroy, Zollie and Neal.