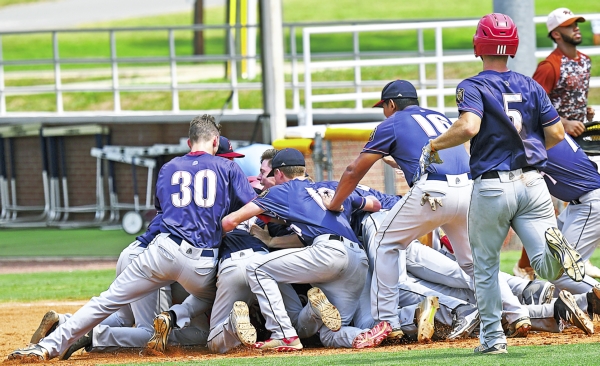 Ed Cottingham/Monoe Enquirer-Journal ... Rowan County’s American Legion baseball team celebrates winning the state championship after a walk-off, 3-2 victory over Union County on Tuesday afternoon at Wingate University. Trevor Atwood, who had the game-winning hit, is at the bottom of the dogpile.