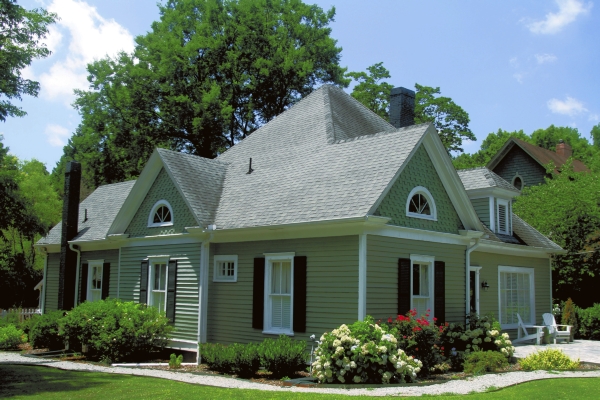 SALISBURY — Historic Salisbury Foundation has announced most of the lineup for its 41st Annual OctoberTour, which will be held Oct. 8-9.

This year’s edition features 10 sites, and the preservation organization is holding back  for now on identifying the final location but promises it will be a big one.

OctoberTour is one of the oldest annual historic home tours in the South. Over the past 41 years it has featured 200 private homes and sites throughout the community, showcasing their historic character and their adaptability to modern living.

“OctoberTour celebrates Salisbury and Rowan County’s heritage as seen through its architecture,” Karen Hobson, executive director of the foundation, said in a press release.

“It reminds us of the importance of that heritage and demonstrates how we can build on it going forward.”

OctoberTour 2016 will feature a wide array of architectural styles, sizes and settings, including Tudor Revival, Spanish Mission, cottages, and a picturesque country home well worth the drive. Six of the 10 properties are making their first appearance on OctoberTour.

Here are the 2016 OctoberTour sites, not counting the secret one yet to be announced:

This unique Spanish Mission style house, one of only a few in Salisbury, was built in 1905 for Col. and Mrs. Franklin Fletcher Smith. With its red tiled hip roof and deep veranda, this house and the smaller one next door built for the Smiths’ son, add interest to the more traditional South Fulton Street neighborhood.

Long divided into multiple apartments, the house was returned to its single-family status in 1977. The current owners of the Fletcher Smith House have extensively updated it. They bought the home in 2013.

This house was built for Mary Alice Lynch, an instructor and librarian at Livingstone College. The college’s second president, William H. Goler, was instrumental in developing the surrounding area and built this house as well as others with the help of college students. The circular front porch with Romanesque arches is the house’s most recognizable feature.

Dr. Robert Lamar Ramsay, a local dentist, built this charming one and one-half story Victorian cottage in 1897 for his bride, Lena Reid Thompson. The family later outgrew the house and moved to a larger house at 425 S. Fulton St..

The cottage features German siding and a steep hip roof with projecting gables and dormers. The front porch, which curves around the north side of the house, has an attractive pergola, turned posts and trefoil pendant brackets; it creates an inviting look to the dwelling.

This quaint, turn-of-the-century, L-shaped cottage is believed to have been built in 1906 by George and Lina Fink who lived there until their deaths. This home’s story really began in 1973 after years of vacancy left it in utter disrepair, smothered in vegetation and condemned.

At that time, Doris Ludwick acquired the cottage to tear it down and rebuild on the lot. Ms. Ludwick became enamored with the house, changed her mind about razing it, and slowly and lovingly renovated it. Ms. Ludwick continued to live in the house, her pride and joy, until 2000.

Built by W. L. Kluttz and J. A. Rendleman in 1900, this charming cottage housed a number of owners and tenants over the years, including the Earl Carter family. Surprisingly, the house remains remarkably intact with only slight remodeling of its interior.

Its simple, but elegant, interior trim, moldings and front mantle give it a classic and timeless look. The Carter House’s steep hip roof has gables on the front and east side as well as a dormer window on the front, which collectively contribute to this cottage’s outsized presence on West Horah Street.

Moses Corriher and his wife, Geneva, built this house around 1902 shortly after they purchased the surrounding 150-acre farmland in southern Rowan County. The two-story wood frame farm house began rather modestly but was expanded as the Corriher family grew.

The Moses Corriher House has stayed in the Corriher family and, while it has been remodeled, the character of the house remains intact. Its hardwood floors, fireplace bricks, beaded board ceilings and exposed beams are original to the house. This beautiful country home is well worth the drive.

This handsome, three-story brick building, located on Main Street in China Grove, was built in 1903. It replaced an earlier frame mill building, which included a grist mill, a sawmill and a cotton gin. One of the last operating roller mills in the area, the China Grove Roller Mill was listed on the National Register of Historic Places in 1983.

Since 1996 the South Rowan Historical Society operated the roller mill as a museum. Effective Nov. 1, the society plans to transfer the property to the Rowan Museum, who will continue to open it for tours and events.

The Utzman-Chambers House remains one of the finest examples of Federal townhouses surviving in North Carolina. The house, built for local cabinetmaker Lewis Utzman, reflects the lifestyle of the area’s more affluent citizens during the early 1800s.

It was built by Jacob Stirewalt, the master builder of that era in Rowan County, and features a unique three-story curved staircase. The house was purchased by Maxwell Chambers in 1847 and used as a manse by the First Presbyterian Church until 1913. It was later used for Sunday School rooms. Then, in 1955, it was restored by the Rowan Museum and first opened to the public as a house museum.

The Dr. Josephus W. Hall House and Kitchen, owned by Historic Salisbury Foundation since 1972, stands as the centerpiece of the historic West Square neighborhood. Originally constructed as classrooms for the Salisbury Female Academy, Maxwell Chambers acquired it for his residence in 1825.

Dr. Hall purchased the home in 1859 and began a series of architectural changes that created the grand Southern home on view today. Many of the furnishings are original to the four generations of Hall family members who resided there.

The Hall House grounds and adjacent Bank Street Café will feature food vendors, entertainment and activities for children both Saturday and Sunday.

This year’s Oct. 6 Patrons’ Party, whose theme will be “A Night in Havana,” will open the weekend of festivities on Thursday night at the Salisbury Station.

The Oct. 7 OctoberTour Luncheon will feature Salisbury native Camilla Prevette Wilcox, who will speak on heirloom plants and their role in modern gardens. As always, tour sponsors and patrons can enjoy refreshments on the Patrons’ Porch during both days of the tour.

For detailed tour information, sponsorship opportunities, photos of the sites and to purchase tickets, visit www.OctoberTour.com.