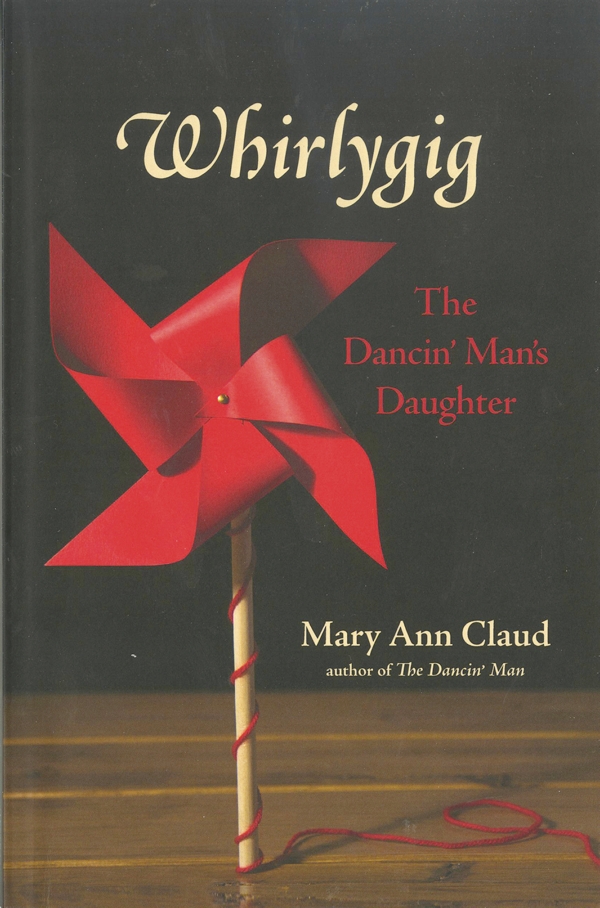 Mary Ann Claud, the daughter of a textile executive, has written her second novel about a family in the textile business in the fictional Parkersburg, S.C.

The first book, “The Dancin’ Man,” introduced readers to the complex Ward family, where grandmother Dolly takes charge of the textile mills and her children and grandchildren wait for her to let them grow up and take over.

In comes outsider Ted Brunson, who marries into the family and becomes the head of the mills.

In this book, Ted and Virginia Ward Brunson’s daughter, the mercurial Volly, is back from business school with plans to turn the mills around, saving them from their inevitable demise.

She’s cocky, self-assured and more than a little egotistical. She is convinced she has all the answers, and when her father and extended family don’t bow before her, she is flummoxed. It’s all much more complicated than a 32-year-old MBA can fathom.

The book is short on what it’s like to run textile mills and long on fraught relationships.

Volly’s mother and father live apart. Virginia, with whom she has little contact, suffers from rheumatoid arthritis. Volly’s brother Billy, who has some sort of developmental disability, has since been to school, too, and is happy on the family farm working with the horses and developing computer games. He’s also taken a shine to Christy, the farm assistant.

Ted’s not ready to give up his position and is planning, ultimately, to sell the mills for the best price he can get. He sees no point in outsourcing the work or laying off the workers who, to him, are a vital and personal asset. Unfortunately, we never get to meet any of the workers .

Volly’s Uncle Sam is Virginia’s twin and confined to a wheelchair after an accident. He’s the peacemaker in the family, but he’s no pushover.

Off in the distance are the disagreeable older brothers Chip and Warren, who don’t want to do anything with the mill but won’t sell. Chip and Virginia hate each other because of a horrid incident that is not revealed until late in the story. It just so happens Chip has a massive heart attack about the time Volly wants to get the ball rolling.

Volly’s best friend is an African-American woman named Mica, who has never spent time in the South. She has very little to do in the book, but Sam thinks she’d be great at handling the Ward family foundation, which is about to shrink as the grandchildren receive their bequests.

You don’t have to read the first book to understand this one, which is about how a privileged family in the South must come to terms with the modern world.

They have numerous properties, an estate in town, the farm, a lake house, a beach house and a place in Florida. They can take last-minute vacations without worrying about the business and they throw an annual charity party, trying to do their part.

Volly is fresh from a broken engagement and on the hunt for someone new. Conveniently, there’s a new lawyer working with the family business and he’s single.

Volly learns a few things along the way — that cheap labor is not always reliable, and that her father has good ideas. Does she gain some humility? Maybe a little. She has to face a number of tragedies that change all of their lives, but the intimation is they’ll land on their feet, because that’s what Wards do.

One somewhat annoying feature is that the dialogue is not set off by quotation marks and has no attribution. In a back-and-forth conversation, it’s easy to forget who’s saying what, because the long dashes that indicate dialog sometimes are repeated when the same person is continuing his or her speech. It was the same in “The Dancin’ Man.”

We’re supposed to pull for Volly, or are we supposed to see the greater value in her faithful, hard-working father? At the end of the book, it’s hard to point to what Volly has done, besides beginning a romance and reconciling with her mother.

Together, the two books create a sort of family saga, but both are also meant to stand alone. This second novel captures a few months in the Ward family timeline, with changes in the characters, but few changes in their well-off world.

Claud, perhaps has more in mind for the future. Maybe a few of the Wards and Brunsons have learned that change is inevitable, and that the best way to face it is looking forward, not backward. If Volly can rein herself in, she could be the leader of a new venture. In this book, she’s rather annoying.