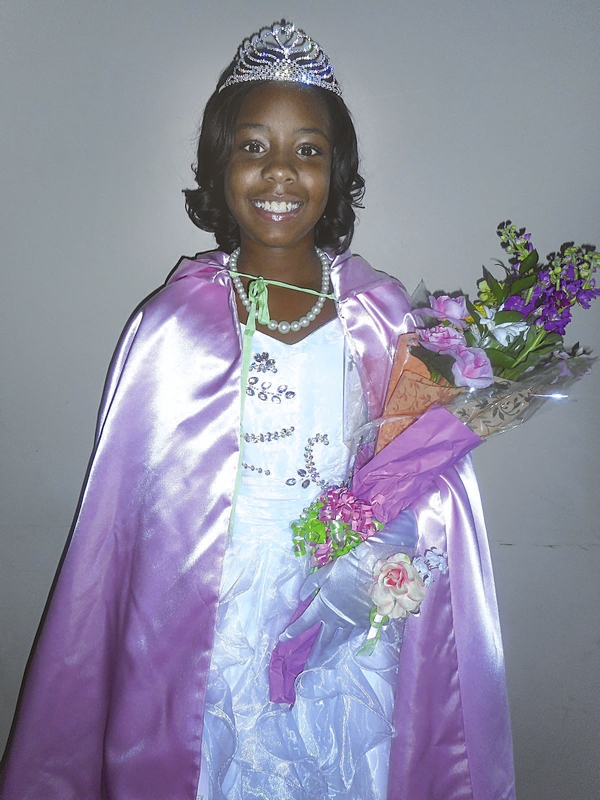 The Salisbury Elks recently held a “Christmas in July” party at their monthly bingo visit to the VA in Salisbury. On July 5, members brought a “Peanut’s tree,” decorations, music, candy and more than a dozen different kinds of cookies — most of which were homemade — to the 41 veterans attending the bingo. The hope was to treat our heros to a special time while having fun. The veterans were allowed to take whatever cookies that were left.

The members of the Alpha Kappa Alpha Graduate Chapter held the Miss Fashionetta Pageant on, June 25 at Varick Auditorium on the campus of Livingstone College.

Participants in the Miss Fashionetta Pageant were elementary school young ladies sponsored by chapter members. Participants were involved in numerous activities including authoring “Shero” books, attending a “Mother – Daughter Tea” and learning an original dance choreographed by past participant Sage Staley. Participants presented a “Parade of Fashions,” modeling fashions for dress and play.

Mya is the daughter of Trent and Yalanda Edwards. Mya’s escort for the event was Theodore Olgesby III, son of Ted and Betty Olgesby.

Skyy is the daughter of Timothy and Shara Streater-Dearmon and Kendrick Ruben. Skyy’s escort was Christian Addison, son of Tiffini Addison and Carlos Farris.

Entertainment for the pageant was provided participants Skyy Streater-Ruben and Janae Russell. First- runner up from the 2015 Fashionetta Pageant Gabriella Juma presented a special piano selection.

It was not just another Saturday for the Boy Scouts from Troop #317 in Salisbury, where they gathered with sustainability representatives from Food Lion and Strata Solar to earn credits toward their sustainability merit badge. The day was packed with learning about preventing food waste, recycling programs, carbon reduction and sustainable energy sources.

The troop visited Strata’s West Salisbury solar farm and toured Food Lion’s distribution center to learn about sustainable food practices, recycling and composting. The final step toward earning the sustainability merit badge is to design an energy-efficient community, so other stops on the tour included a local water treatment facility and a waste management site nearby.