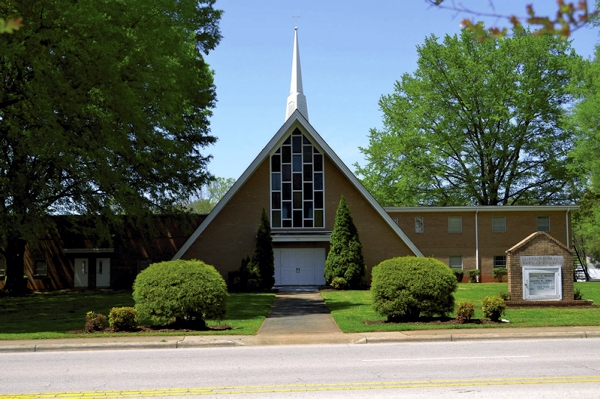 First Calvary Baptist Church, 400 South Long St., continues its 150th anniversary services on Sunday. At the 11 a.m. service,  Pastor Leamon E. Brown will speak and the reunion mass choir and Magnify! liturgical dance group will participate in the service. Following dinner, the afternoon program will begin at 3 p.m., led by the Rev. Michael Anthony Long, pastor of Zion Baptist Church of Reidsville and moderator of the 100 member churches of the Rowan Baptist Association. Rev. Long holds a B.A. degree from the UNC-Greensboro, a master of divinity degree from Duke University Divinity School and is currently pursuing the doctor of ministry degree at Duke University Divinity School.

Rev. Leamon E. Brown, present pastor of First Calvary, has served the church since 1978 when he became the assistant pastor, and was installed as pastor in 1984.

Both accounts agree that the first church lot was located on the present site and that a white man by the name of  Dixon gave an acre of land for the “development of Colored Freedmen forever,” according to records in the Rowan County Deed Book.  The congregation named the first church Dixonville Baptist Church in honor of Mr. Dixon.