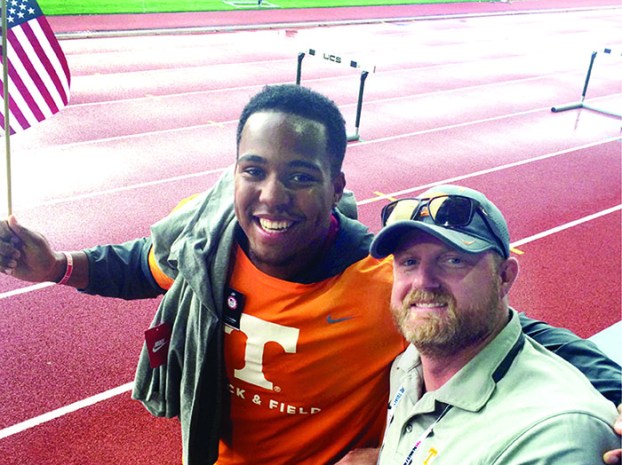 Tennessee's Tavis Bailey, a native of Kannapolis, poses with his coach John Newell. Bailey qualified to go the Olympics for the discus event. Photo courtesy University of Tennessee.

THOMASVILLE — Area III finals have been just about a 50/50 proposition for the Rowan County American Legion program. The... read more