In shadow of violence, time for uncomfortable conversations 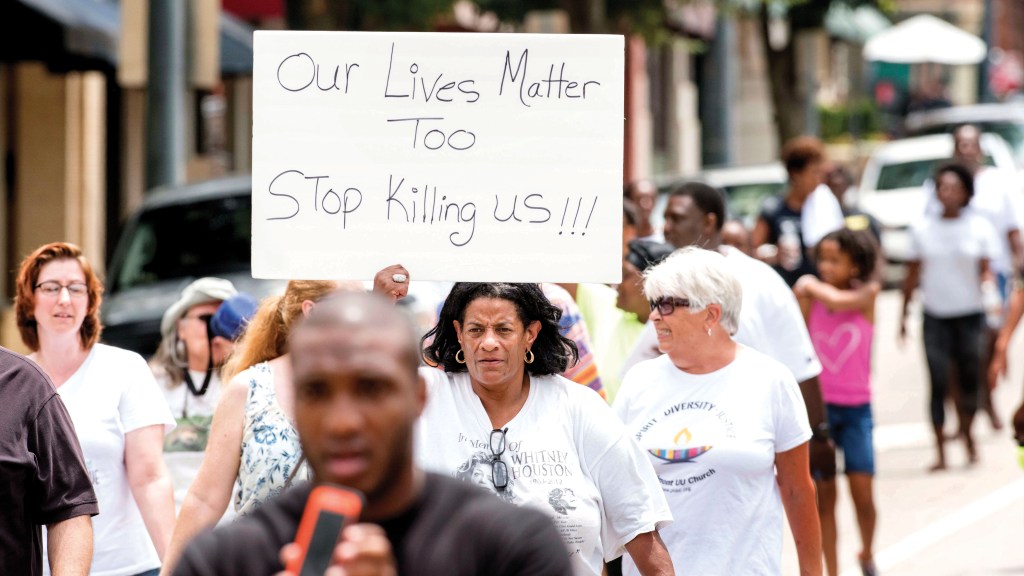 Linda White-Deyo carries a sign that reads "Our lives matter too stop killing us!!!" during a march down Innes Street on July 16. Jon C. Lakey/Salisbury Post

Knowledge is power, but it seems we are now granted power without any knowledge.

Our county, our state and our nation are in need of healing and reconciliation, but without a true, informed conversation we fear that won’t happen. As incidents of violence routinely rattle American society, we’re content to tune out opposing voices. Apathy has led to an undeserved confidence in one’s own opinion.

Instead of seeking to be understood, we should seek to understand. A true sense of understanding is especially needed as America slowly figures out how to address race and policing.

So far in 2016, 25 percent of people shot and killed by police are identified as black, according to a Pulitzer-Prize-winning database compiled by the Washington Post. Based on news reports, public records, social media and other sources, the same database shows 46 percent people killed by police were white

Those statistics should frame our conversations about race and policing in America.

Second: we cannot improve as a society unless we begin to have the difficult, challenging conversations that are often avoided.

In recent history, Salisbury has done well for itself. Community forums have been held to try and address the ills of our community. Yet, these forums are attended by a minuscule portion of our community. The same people show up over and over.

Following the deaths at the hands of police in Louisiana and Minnesota and the killing of police in Dallas, a small group of people gathered last week at Hood Theological Seminary for a prayer vigil. By comparison, people packed into the Salisbury City Council chambers in 2015 to issue statements of support for the Confederate monument.

Although not related, why didn’t these two events draw an equally large crowd? One asked people to support one another and grieve together in the shadow of unnecessary deaths. Another gave people the opportunity to express their opinion without the need to face another person and listen to legitimate grievances.

Neither required action immediately after. There was only conversation. Yet, the community favored one form of communication over another.

As we look to heal and improve, we should seek out conversations that challenge our beliefs; we should tune into voices that we disagree with and we should seek to gain diverse knowledge about the society in which we live.