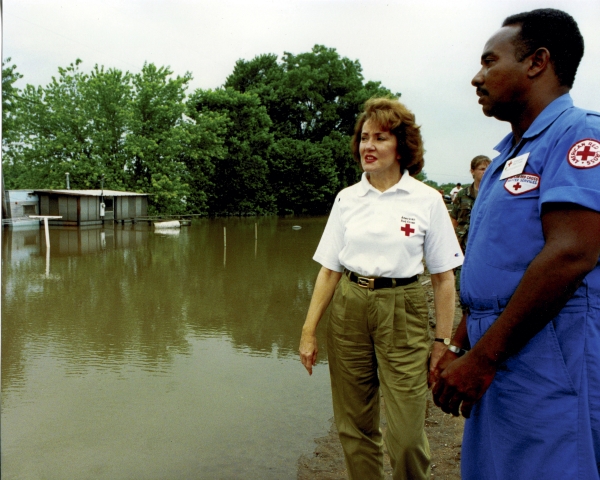 In this photograph from August 1993, Salisbury native Elizabeth Hanford Dole, who served as national president for the American Red Cross from 1990-99, surveys some of the widespread flood damage in the Midwest with a Red Cross disaster services supervisor. The Salisbury office of the American Red Cross is celebrating its 100th anniversary this month. Salisbury represents the third oldest chapter in North Carolina behind Wilmington and Asheville. The chapter actually was named for Dole until being merged into the six-county Southern Piedmont Chapter in 2014. The local American Red Cross office is still located at the Hanford Dole Center off Jake Alexander Boulevard.