Salisbury songbird finds in Cuba, as everywhere, music is a universal language 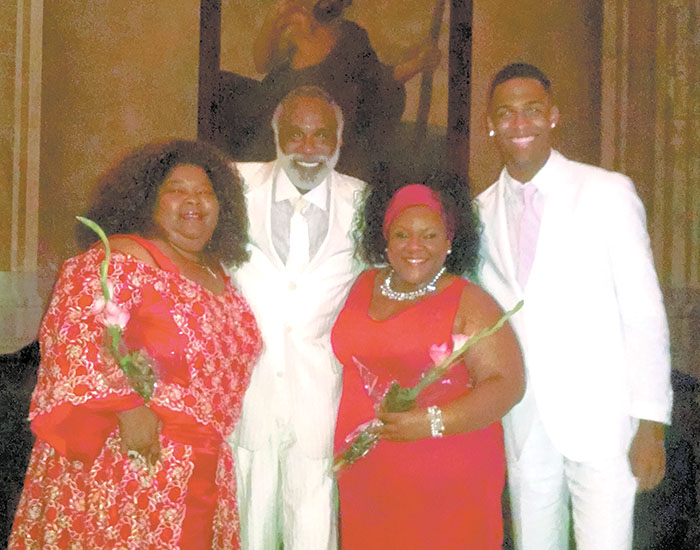 In that old rugged cross, stained with blood so divine,
A wondrous beauty I see

SALISBURY — When Teresa Moore-Mitchell sang “The Old Rugged Cross” in Havana July 2, she could have been singing about the “wondrous beauty” she already had seen in the Cuban people.

Cubans “have a beautiful spirit that just blows you away,” Moore-Mitchell says.

“They’re excited about us coming there,” she adds. “They’re just like us. They just want opportunity, a chance, equality, better housing, but it will be harder for them than it is for us.”

Cuba had been a country closed to American visitors since a time before Moore-Mitchell was born, so when the opportunity arose this summer to be part of a U.S. contingent performing with an international choir she wanted to go.

Thanks to financial support from a Salisbury friend, Moore-Mitchell soon found herself singing, exploring, eating and enjoying new friendships and new perceptions about a country so close, but one that has been, until recently, so far away.

“I still don’t have words for it yet, to be honest,” Moore-Mitchell says today from her Salisbury home.

The trip — she was in Cuba from June 27-July 5 — left her wondering how she could help Cuban musicians come to the United States, explore the music here and expand the gifts they already have.

As a music professor and voice teacher herself, Moore-Mitchell longs to see some kind of music exchange programs develop with Cuba, and she already is trying to help a young Christian girl she met in Havana — Jacqueline P. Romero — come to the United States to pursue her music education in college.

Chapman Roberts, who has been a director and producer on Broadway, first asked Moore-Mitchell by letter last December to consider being a part of President Obama’s historic trip to Cuba in March.

But when that opportunity didn’t materialize, Roberts asked Moore-Mitchell this spring to be part of the Cuban International Music Festival Choir in Havana June 27-July 5.

Moore-Mitchell teaches at Livingstone College and also is an adjunct professor at Catawba College. But during the summer breaks, there’s no income. She was afraid she couldn’t afford the trip.

Matthew Brown, music director at First United Methodist Church, told her it was a once-in-a-lifetime opportunity — a chance for her to represent Salisbury, North Carolina and the United States as a music ambassador.

Brown made a couple requests on her behalf, and Moore-Mitchell soon learned Salisburian Gerry Hurley was taking care of her trip costs, including the flight, hotel and even some daily expenses.

“She just really blessed me,” says Moore-Mitchell, who had sung at the funeral for Gerry’s late husband, Jim.

Moore-Mitchell was among seven people from the United States, including her friend and fellow singer Sonya Bennett-Brown of Winston-Salem; Markcus Blair, a talented music student at Syracuse University; and New York City’s Roberts, who was directing the choir and also offering classes and workshops during the week.

Moore-Mitchell had sung in a gospel opera Roberts created for the National Black Theater Festival.

Before the group arrived in Cuba, Roberts advised Moore-Mitchell and others not to talk about race or bring up anything about different skin colors. Traveling to Cuba made Moore-Mitchell a little nervous, she acknowledged, and her group was told to arrive at the airports on arrival and departures at least four hours early.

Leaving from Tampa, Fla., Moore-Mitchell said she went through three different lines or procedures. In the first line, authorities took her passport, and she didn’t get it back until the third line.

As for her luggage, “it was obvious someone had gone through it,” she says.

In Havana, about 200 people made up the international festival choir. The week leading up to the Saturday concert included two-hour rehearsals each day, followed by workshops and master classes led by Roberts who delved into some of the history behind African-American spirituals and hymns.

“He took that time to explain spiritual and sacred pieces, why they are significant and why they are still played together,” Moore-Mitchell said.

She loved the makeup of the international choir, men and women from their teens to their 70s, Moore-Mitchell estimated. One day, she also participated on the U.S. panel promoting the upcoming festival.

Moore-Mitchell devoted her mornings and early afternoons to the music. She usually had lunch by 1 or 2 p.m., and the heat was oppressive enough to entice her back to her hotel. When she had the chance, Moore-Mitchell loved just to walk outside and watch the people, or when she had a specific destination, go for cab rides through parts of the city.

She was able to visit the Buena Vista Social Club, where major Cuban musicians perform, and every night it seemed she was being invited to a different place. The music on the rooftop of her hotel went on nightly without fail, and she could always hear it from her room.

Moore-Mitchell and the rest of the choir performed at the Basilica Menor Del Convento De SanFrancisco De Asis, or “the Basilica,” as the Americans came to call it.

The acoustics in the old basilica were great. “I didn’t even need a mike,” Moore-Mitchell says.

A soprano, Moore-Mitchell’s solos during the festival included “The Old Rugged Cross,” “Resurrection,” “I Want Jesus to Walk with Me” and “Ride on King Jesus,” besides being paired with Bennett-Brown on several other songs. A large audience filled the basilica.

Moore-Mitchell took more than 400 photos during her visit. She tried to capture some of the street scenes and nightlife, and she took many photos of her fellow performers.

The singer said she ate a lot of rice, without the usual accompaniment of beans. She didn’t notice many fresh vegetables. “I saw one salad when I was there, and it didn’t look that good,” she says. She enjoyed tamales, macaroni, pizza, pork, popcorn and drank bottled water.

Overall, Moore-Mitchell says she thinks people in the United States have too many misconceptions about Cuba, fueled by the Castro-centric information fed to Americans for decades. To her, Cubans live one day at a time. The people are personable and expressive, Moore-Mitchell says.

On returning to the United States from Cuba, Mitchell says you also “realize things are not as bad as you think they are” here in the States.

Moore-Mitchell returned with a small set of bongos for herself and some artwork for Gerry Hurley.

There’s a possibility Moore-Mitchell will be invited back to Cuba in December for a blues and jazz festival, and she already has asked fellow Salisbury singer Rebecca Stinson whether she might be interested, too.

If she goes, Moore-Mitchell already knows one thing: She will meet people with a beautiful spirit.