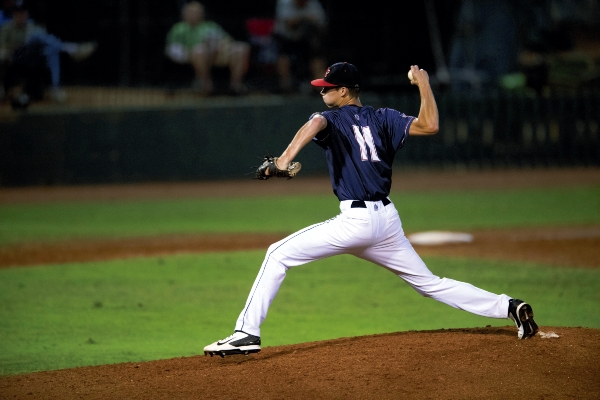 ASHEBORO — Rowan County poured eight runs across the plate in the second inning and went on to batter Randolph County, 18-5, here last night at McCrary Park.

Bouncing back from an ugly, 14-6, loss to Randolph on Wednesday at Newman Park, Rowan took the best-of-five Area III semifinal series three games to one and advanced to the best-of-three Area III championship series against High Point.
“We made some mistakes, but tonight we overcome them,” Rowan coach Jim Gantt said.
After a one-day break, Game 1 of the High Point series will be played at Thomasville’s Finch Field on Saturday. Game 2 will be played at Newman Park on Sunday. Game 3, if needed, will be played on Monday at Finch Field.
The victory against Randolph also puts Rowan in the state tournament, to be held at Wingate University on July 22-26. Rowan is the defending state champion.
Randolph (25-11) bunched three of its 11 hits in the first inning against Rowan starter and winner Sawyer Strickland (5-2), got RBIs from Trevor Clemons and Cam Morrison and grabbed a 2-0 lead.
Rowan’s answer was emphatic — a decisive, eight-run second inning. RBI singles by Tanner File and Dalton Lankford tied the game, and a bases-loaded walk to Hunter Shepherd put Rowan in front. Lee Poteat’s run-scoring single and Brandon Walton’s sacrifice fly bumped the lead to 5-2. A costly error made it a 7-2 contest, and Trevor Atwood’s run-scoring double capped the outburst.
“After we put up those eight runs, it made it a lot easier,” said Strickland, who threw six innings and picked up his first win since June 20.
Shepherd, credited with his third save, hurled the last three innings and shut down Randolph as Rowan won going away.
Randolph made it 8-4 in the third inning when Jay Rorie hit his third homer in two nights.
Juan Garcia drove in a run in the sixth for 9-4 lead, but Randolph made it 9-5 in the bottom half of the inning.
In the seventh, Walton drew a bases-loaded walk and Garcia produced a two-run, opposite-field single for a 12-5 lead.
Poteat’s two-run single in the eighth pushed the lead to 14-5.
Shepherd drove in two runs with a single in the ninth as Rowan piled on with four more runs.
Rowan had 16 hits and played errorless defense. Rowan (27-9) has won 17 of 19 games down the stretch.
•••
John Owen is expected to pitch the opener against High Point. … High Point Post 87 (22-4) hasn’t lost since June 23. High Point won all three meetings with Rowan in the regular season, including two one-run games. … Randolph County’s season isn’t over. Randolph will be the host team for the Southeast Regional at McCrary Park on Aug. 3-7.

By Mike London mike.london@salisburypost.com Eric Edwards is certain he played the best round of golf of his life last Saturday.... read more