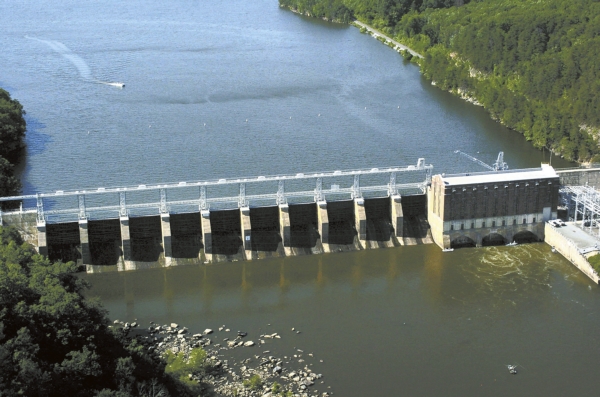 Yadkin dams buyer: Here to be ‘part of the community’ SALISBURY — In its bid to buy Alcoa’s dams on the Yadkin River, Maryland-based Cube Hydro says it wants to be “part of the community.”

By the fall, Cube Hydro is expected to close on a deal to purchase the High Rock, Tuckertown, Narrows and Falls dams. Cube Hydro CEO Dr. Kristina M. Johnson, who served as undersecretary of energy at the U.S. Department of Energy, says the facilities can generate up to 800,000 megawatt hours of electricity per year. Neither Alcoa nor Cuba Hydro would disclose the purchase price.

With the purchase, Johnson said Cube Hydro would more than double its output of clean electricity. In total, the company would produce 1.4 million gigawatt hours of electricity per year. It already owns hydroelectric facilities in New York, Pennsylvania, Virginia and West Virginia.

Once the license is granted, however, Cube Hydro will be subjected to the same settlement terms Alcoa agreed to. The terms include water quality and recreational improvements. Some items — donating land to local governments for public use for example — will remain the responsibility of Alcoa. Others — making improvements to boost water quality — will be the responsibility of Cube Hydro.

“We’re here to be a part of the community,” Johnson said in an interview with the Salisbury Post. “Honestly, the sooner (the license) gets approved the better because then we have to start our investment.”

In an effort to become “part of the community,” Johnson said the company has met with multiple public officials. She called Yadkin Riverkeeper Will Scott, for example, to talk about the purchase.

Scott said “it’s too early to tell” what the purchase might mean for the Yadkin River. However, Scott said his organization is chiefly concerned about whether the company will make necessary investments to improve water quality.

More than $1 million will be invested to develop new recreation areas and to expand existing ones. Examples of planned, future investments include: two new reservoir fishing piers, 10 new camp sites and a public swimming area.

It’s unclear exactly when the improvements might occur. They would be required as part of a relicensing settlement agreement, but a spokesperson for the Federal Energy Regulatory Commission said it’s difficult to determine when the agency would act on the Yadkin River application. Johnson suggested that Cube Hydro wouldn’t begin making improvements until after FERC issues a 50-year license. She said the company wouldn’t know exactly what’s in the license until it’s issued.

Johnson also talked about Cube Hydro forming public-private partnerships to help with economic development in the Yadkin River region. Alcoa will maintain control of Badin Works — the site of a now-shuttered aluminum plant in Stanly County — and about 15,000 acres of other property as part of the sale.

“We’re going to look at that site with fresh eyes,” she said.

Cube Hydro would be able to pump hydroelectric power directly into the Badin Works site if a new tenant moves in. Otherwise, the company will sell its hydroelectric energy in the same way Alcoa did — to the wholesale market — said Cube Hydro Managing Director of Business Development John Collins.

Johnson said she also talked to Salisbury Mayor Karen Alexander about potential public-private partnerships. However, Johnson declined to elaborate about specific details of the pair’s conversation.

Cube Hyrdo was founded in 2011. Johnson said Alcoa was its first client following the company’s founding.

When asked about the company’s interest in purchasing Alcoa’s dams, Johnson said Cube Hydro is “attracted to markets that value energy.” She used North Carolina as an example.

By Shavonne Walker shavonne.walker@salisburypost.com SALISBURY — Rhonna Woodruff Olgesby never imagined being the organizer of a unity march, but she... read more