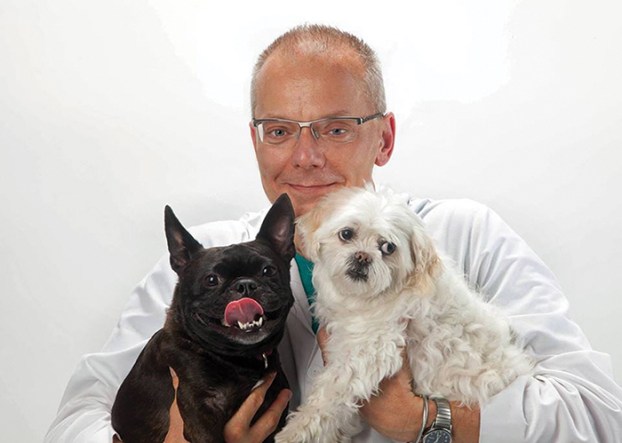 SALISBURY — The Rowan County Animal Shelter now has its first ever in-house veterinarian.

County Manager Aaron Church on Tuesday announced the hiring of Dr. Robert J. Krawczyk as a veterinarian at the animal shelter. In his role — a newly created one in county government — Krawczyk will make $75,000 per year. He’ll start on Aug. 1.

A graduate of Ohio State University, he has worked in small animal practice for 25 years. Krawczyk, 53, said he has primarily worked as a veterinarian at Petsmart and Banfield Pet Hospital, which operates a number of its clinics inside Petsmart stores. He has also worked at other small animal hospitals.

“I’ve always had a true love of animals and I want to help animals and try to prevent suffering,” he said. “They are all God’s creatures and I’m glad that God chose me to take care of his creatures.”

Krawczyk said it’s always been his life goal to become a veterinarian. At one point he wanted to be a professional baseball player but that didn’t work out, he joked.

Krawczyk’s work history includes an early 2000s stint at a spay and neuter clinic that was investigated by the North Carolina Veterinary Medical Board for a potential connection to the Guilford County Humane Society. The veterinary board issued a “letter of caution,” but didn’t find probable cause that a violation occurred. The investigation started with an inspection fee paid to the board by the Humane Society of Guilford County, according to a 2005 letter. At no point in the letter does the Veterinary Medical Board state Krawczyk improperly treated animals.

When asked about the letter, Krawczyk said the investigation was a result of a bookkeeping error. He said current State Sen. Trudy Wade, a veterinarian and Republican from Guilford County, led the effort to start the investigation. Wade was a county commissioner at the time.

Church said he was aware of the investigation. He said it has “no bearing or relevance,” to Krawczyk’s experience as a veterinarian.

“Dr. Krawczyk is highly respected among peers and we are fortunate to have him on our team,” Church said.

When he starts on Aug. 1, Krawczyk will join a recently reorganized animal shelter. Previously, Clai Martin oversaw operations at the shelter. Martin is now in charge of a new division called Animal Enforcement. Krawczyk will handle veterinary issues with animals. Bob Pendergrass oversees the entire department as the Animal Services director.

Currently, Krawczyk lives in High Point. He has one son who is attending North Carolina State University. All of Krawczyk’s personal pets have been rescued dogs, according to a news release.

Landis board will not attend ElectriCities conference

By Rebecca Rider rebecca.rider@salisburypost.com LANDIS — It’s been nearly a year since the Landis Board of Aldermen spent more than... read more