One hospitalized after single-vehicle accident near China Grove 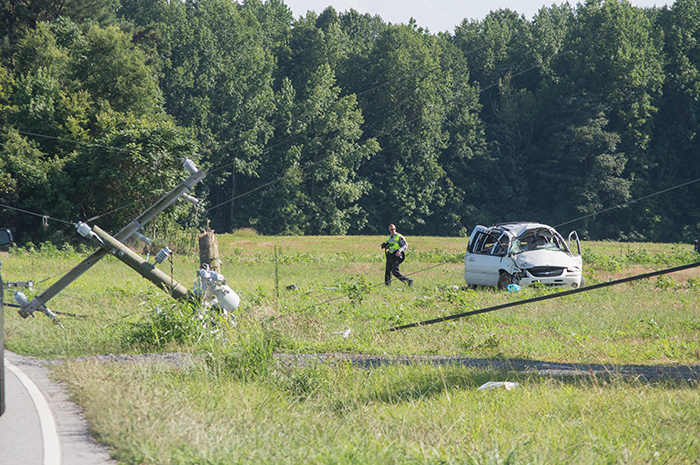 Josh Bergeron / Salisbury Post - A woman was hospitalized Friday after crashing into a telephone pole and rolling across a field near China Grove. She was airlifted in critical condition.

CHINA GROVE — A Salisbury woman was hospitalized Friday afternoon after wrecking her vehicle near the intersection of Miller and Weaver roads.

Barger said Miller appeared to be driving the speed limit or faster when she drifted into a ditch. At the time she was driving south on Miller Road.

The top portion of the pole completely separated from the rest. It pulled power lines onto the ground.

Because of the crash, car parts were tossed over a broad area.

The vehicle came to rest in a nearby grassy field. It was facing in opposite direction that it was traveling on Miller Road.

Barger said alcohol or drugs did not appear to be a factor in the accident.

A portion of Miller Road near the intersection of Weaver Road was closed for a period after the accident on Friday as first responders responded to the accident. The road remained closed as crews worked to repair the broken telephone pole.