New Chief: ‘I would ask the Salisbury community to be our partner’ 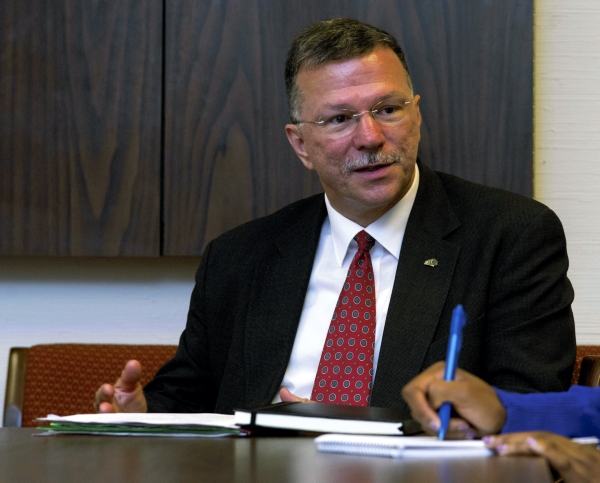 Jerome stokes, incoming Salisbury Police chief: 'I am concerned about the safety of every officer and every citizen we serve.'

Stokes starts his job in Salisbury on July 18.

Here are their statements:

Regarding the Minnesota and Louisiana incidents, in my opinion these are very tragic situations, without a doubt, not one of these officers reported for their shifts with the intent or desire to have to take another person’s life. What does jump out at me is that both men shot by the officers were apparently armed, one reportedly lawfully licensed, the other not. It brings to my mind the ongoing struggle we have in this nation with gun violence. I fully support the Constitutional right to bear arms, I have never seen anything to support violent acts while armed anywhere in the Constitution. It appears the situations escalated and firearms were somehow part of the event dynamics. While, like many of us, I have seen the news reports and watched the videos, I understand how this must be fully investigated and personally will be waiting to see those facts before forming an opinion on the appropriateness of the officer’s actions.

We have a basic Constitutional right in this great country to be able to express our opinions. I think that anyone who has concerns over these incidents should be speaking up, peacefully. The initial reports I have seen are saying the terrorist-like attack on the Dallas police officers was motivated by the earlier incidents. While the Dallas investigation is not complete, as is the case in the earlier incidents, if that proves to be true it makes all these incident even more tragic should the opportunity to speak up have been used to facilitate violence. It accomplishes nothing toward bringing about change or conversations when violence is introduced into the situation.

As the chief of the Salisbury Police Department, I am concerned about the safety of every officer and every citizen we serve. I never want to have to tell a member of someone’s family, particularly a police officer’s family, their loved one died as the result of violence. I would ask the Salisbury community to be our partner, appreciate the tough job these officers are doing well every day, and work with us in building this community. I am committed to providing the Salisbury Police officers the best training and equipment to keep them safe. I have been in conversation about these incidents with Mr. Bailey (the city manager) and Capt. Stallings (interim chief) and part of that conversation was how we can keep our officers and citizens safe. Any strengths and weaknesses are something that will be one of the first things on my agenda to understand.

Lastly, my thoughts and prayers are with the Dallas Police families and the families of the men who died in Minnesota and Louisiana. No good can come from their loss.

Our thoughts and prayers are with the families of those affected by the shootings in Louisiana and Minnesota, and the senseless deaths that occurred Thursday evening in Dallas. While we don’t yet know the details surrounding all of these tragic events, we do know that the trust between law enforcement and the citizens we serve is paramount.
An important dialogue is being had in our country right now surrounding equality, inclusion and the civil rights of all citizens. We pray for peaceful resolutions to what is occurring throughout our great nation.

I am deeply saddened at the loss of life that has occurred and my heart goes out to the families involved.

I was asked what suggestions could be made for citizens when they have a weapon in their vehicle and have been stopped by the police. For the safety of the citizen as well as the officer, I offer the following guidelines as a general practice if you are pulled over while carrying a concealed handgun: