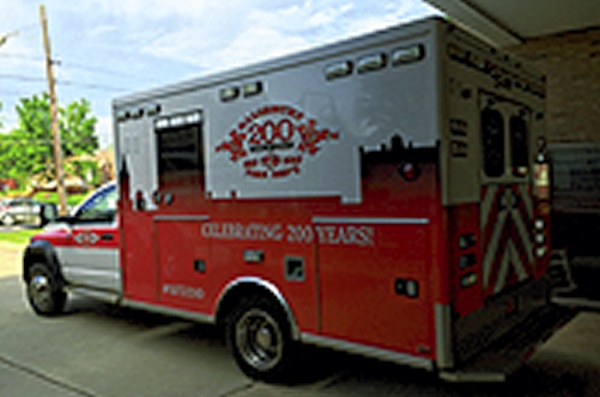 SALISBURY — A 2008 ambulance has been added to the vehicle fleet of the Salisbury Fire Department, according to Chief Bob Parnell.

In November 2015, the ambulance was declared surplus and donated by Rowan County to the Salisbury Fire Department. The ambulance is an additional resource for the department to continue to provide services to  citizens.

The ambulance will complement current fire department companies and personnel at structure fires and other emergency responses, as well as standing by at downtown events, parades, work details and recreational events.

The ambulance body has a new wrap which highlights the department anniversary in 2017 with the hashtag #SFD200, the downtown Salisbury skyline featuring the Bell Tower, the Plaza and the Washington building.

Prior to Rowan County taking over the ambulance service for the county in 1984, the Salisbury Fire Department staffed an ambulance called Emergency One from 1978 to 1985.

SALISBURY — The Rowan County Chamber of Commerce is pleased to announce that a new Street Map & Resource Guide... read more