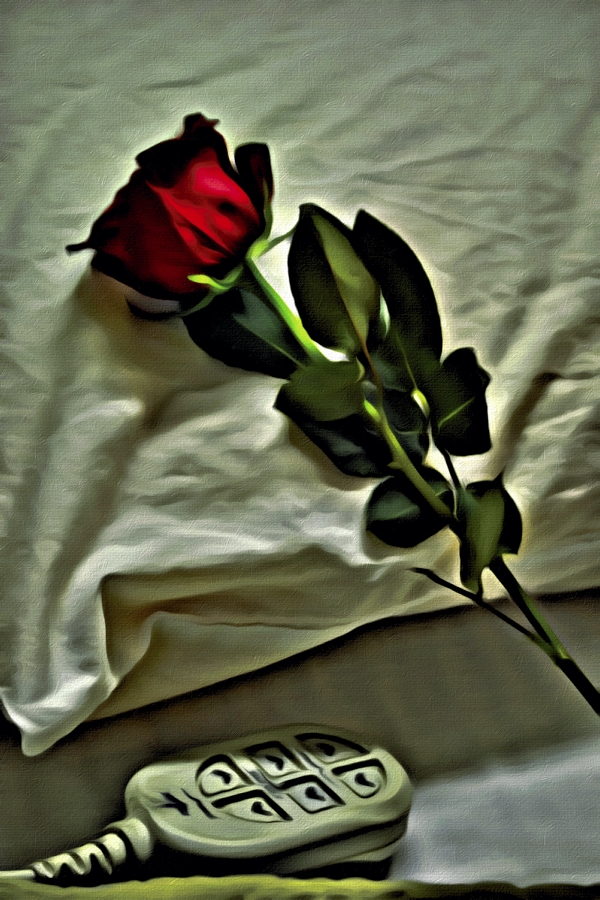 “Blessed are those who mourn, for they will be comforted.” (Matthew 5:4)

Kaye Brown Hirst remembers the emotional impact of seeing the corridor “solid with people” on both sides as she escorted her mother’s body to the front entrance of Trinity Oaks, a long-term care community in Salisbury.

That scenario testifies to just how much practices surrounding death have changed in many nursing homes. In the past, deceased residents would be wheeled quickly out the back, with doors to other resident rooms discreetly closed. A new resident would be moved into the vacated room as though nothing had happened.

The long-term care communities of Lutheran Services Carolinas prefer to take an approach that treats death as a natural life passage, to be acknowledged with compassion and respect.

“We don’t behave as though death is a shameful secret here,” says Beth Woodard, chaplain of Trinity Glen in Winston-Salem. “We don’t try to pretend that death does not happen, because death is a part of everyone’s journey, and as Christians, we are not afraid of it.”

At Trinity Village in Hickory, when a resident nears the end of life, a prayer quilt ceremony is offered, says Sharon Benfield, life enrichment director. Staff and family gather around the resident’s bedside and a prayer shawl is placed over the resident, “covering them with love and prayers,” Benfield says.

Family members appreciate the kindness and the tangible gift, Benfield says. Many of the prayer shawls given at Trinity Village in the past few years have come from the Women of the ELCA, who donated hundreds of prayer shawls to Lutheran Services Carolinas at the group’s 2014 Triennial Gathering in Charlotte.

Staff are informed when a resident’s death is believed to be imminent, says Bonnie Skobel, the administrator of Trinity Grove in Wilmington. The resident’s comfort becomes of paramount importance, and staff presence in the room is increased in order to ensure that the resident is not alone when the time comes.

And when the time does come, at Trinity Grove and other LSC long-term care communities, rituals give solace to both staff and families.

Staff are typically alerted to a resident’s death by a special announcement over the public address system, like “Code Angel” or “Guardian Angel.” Whatever the prompt, it’s a signal for staff to either gather at the resident’s room for a service of commendation or to line the hallways to show love and respect as the body is taken to the front of the building, where a service may also be held.  It’s a simple but powerful practice that family members like Hirst remember with gratitude.

When her father died at Trinity Oaks, Hirst recalls his room filled with staff members who, encouraged by Chaplain Brenda Bynum, shared their memories of him, including humorous ones. And at Bynum’s suggestion, everyone began to sing – hymn after hymn.

“I think we sang him into heaven,” Hirst said. “Everything was so peaceful and relaxed.”

LSC communities memorialize residents in different ways. Trinity Glen holds a quarterly service with candle-lighting ceremony open to staff, residents, and family members at which a memorial board with photos of residents who have died in the past three months is displayed.

“We do this to honor them and to remember them, as part of their journey through life intersected with ours,” Woodard says.

Sometimes, staff members will place a rose on the resident’s empty bed. Trinity Grove displays a white rose in a bud vase to honor residents who have died. Trinity Place in Albemarle gives staff and residents an opportunity to sign and share reminiscences in a memory book, which is then given to the family. At Trinity Oaks, Chaplain Bynum likes to give the surviving spouse or close family member a book called “Good Grief” by Granger Westberg, a classic primer on how to navigate the different stages of grief.

Often, depending on the family’s preference, an American flag, a handmade quilt, or a special “promise pall” is used to drape the body.

Several communities, including Trinity Oaks, Trinity Village, and Trinity Ridge, use a “bedside service of closure,” which staff members are empowered to perform if the chaplain is not available. Staff members who helped care for the resident gather at the bedside to pray, share reminiscences, and give thanks for the life of the resident.

The service can provide important healing for staff members, who often have tight bonds with the resident, Bynum says. For staff, there is comfort in knowing that they have helped a resident on his or her life journey and shared the grief a family feels.

It is perhaps during times of loss when long-term care communities feel the most like families.

“It was just beautiful, absolutely beautiful, knowing how much they cared,” Hirst said. “These people become your family.”