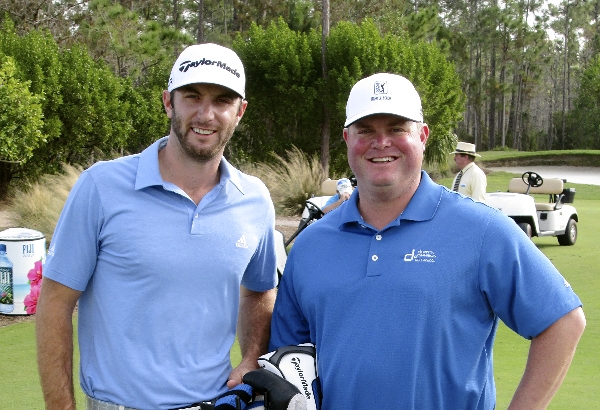 Business is booming at the Dustin Johnson Golf School in Myrtle Beach, S.C., where phones ring off the hook.
Callers aren’t just registering for tees times at TPC Myrtle Beach, they’re signing up for lessons and camps.
“Well, we all got a lot smarter when Dustin won the U.S. Open,” chuckles Allen Terrell, whose official title at the golf school is Director of Coaching.
Terrell, 42, regards the 32-year-old Johnson as “a little brother,” and while he’s not looking to take any credit, Terrell played a serious role in Johnson’s rise to the top.
Terrell is an East Rowan High graduate, and it’s a small world. When you connect all the dots over a 25-year period, former East coaches such as W.A. Cline and Aaron Neely had something to do with Johnson winning the U.S. Open.
You have to start back at East Rowan in the early 1990s. The record book says Terrell was a good high school football player for the Mustangs — the All-Rowan County punter in 1991 and 1992 and all-county on the defensive line in 1991.
“At the time, I thought I was pretty good, but looking back on it now, I was average,” Terrell said. “Actually, it might be arrogant to say I was average.”
Terrell played on a good 1991 East team as a junior. Cline, the head coach, and Neely, the defensive coordinator, were in their second tenures with the Mustangs. As young coaches, they’d also guided East’s glory days from 1968-70.

There was a pretty amazing, 35-34, overtime win against Statesville in the first round of the 1991 state playoffs. There also was a 61-0 loss to Concord two weeks later in the third round. Terrell remembers both games well.