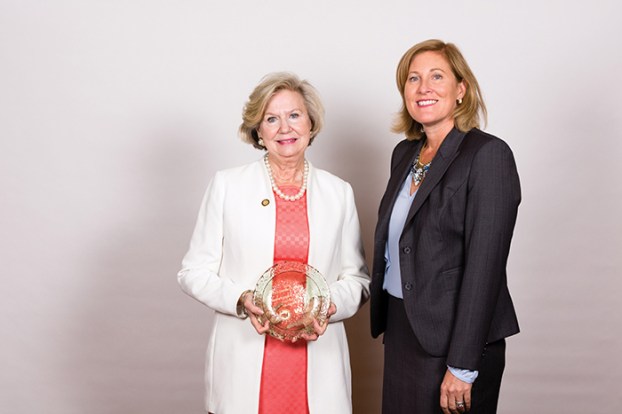 SALISBURY — The city received an award this weekend from the U.S. Conference of Mayors for its annual sculpture show.

The sculpture show started in 2009. It consists of public art placed in downtown Salisbury and at the city’s colleges. In the award description, the Salisbury sculpture show is described as providing an opportunity to increase awareness of visual arts and reaching out to individuals that haven’t participated in arts events.

A total of 133 sculptures by 101 different artists from 12 states have participated in the show since its start.

“I’m very, very proud as mayor to showcase what we are doing right,” said Mayor Karen Alexander. “I believe that our leadership in the arts is essential to the long term growth of our community.”

Alexander traveled to Indianapolis to participate in the 84th annual meeting of the U.S. Conference of Mayors and accepted the award during a ceremony this weekend. She also invited some sculpture show organizers to Indianapolis to accept the award.

When asked about the award, Alexander said sculpture show is “a wonderful example” of what Salisbury should showcase to the public.

Alexander said she first learned about the award during a trip to Washington, D.C., in January for a U.S. Conference of Mayors event.

During the Indianapolis meeting of the U.S. Conference of Mayors, Alexander also participated in various programs, seminars and committees with other mayors. She mentioned a transportation committee as one example.

Alexander said she hopes to be able to take information learned during the U.S. Conference of Mayors and use it to help Salisbury.

“They could be some very important tools in our toolbox to move our city forward and solve a lot of our problems,” she said.

Alexander said she plans to request reimbursement from the City of Salisbury for travel-related expenditures. The event started on Thursday and ends today.