Frank and Duck had plenty of adventures 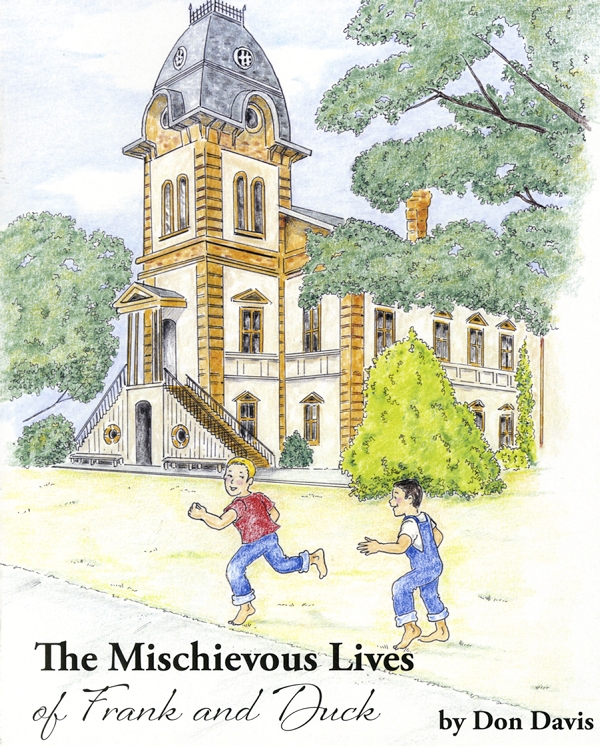 Don Davis, a retired minister, has collected memories of his childhood escapades from a friendlier time.

This time, he has published “The Mischievous Lives of Frank and Duck,” a book he wrote for his grandchildren. It is a compilation of stories from his childhood.

Duck is Davis’ childhood nickname, and he and his friend Frank, like so many boys in the 1940s and 50s, got into a few scrapes here and there.

In those days, children could run and play pretty much all day and every where.

Davis said he and Frank were inseparable, and they got blamed for everything that happened, whether they were at fault or not. He said they would wander about six blocks to downtown Bennettsville, S.C.

He’d been telling some of the stories to his grandchildren, and decided to collect them. One of his neighbors, who is 87, enjoyed the book, too, because it sounded just like his boyhood in Pennsylvania.

The stories are a sweet reminder of days gone by, when fun was pretty innocent. When Frank and Duck got into trouble, it was never malicious.

The illustrations are by Jean Barlow, and the cover represents Frank and Duck in front of the old courthouse in Bennettsville. The tower is now the only part left standing.

His friend, Frank Crowley, died in 2001, but had been of great help to him over the years, helping him get a job after his time in the Air Force.

He talks about how they used their imagination and improvised their toys. The porch swing became their airplane. They played in drainage ditches, down by he creek and under bridges.

The adventures went on and on. Davis eventually became a minister.

The book is available in Kannapolis at the Christian Supply Shoppe, or by emailing Davis at donbarbaradavis@gmail.com. The cost is $9.99.

Davis will use the proceeds from the book to promote an earlier book, “Man’s Diagnosis God’s Prognosis: Standing Against a Killer, Melanoma.” In 2014, he wrote a second book, “Restored: A Journey Though Cancer and Beyond.”

He gave away about 1,300 of the first book through doctor’s offices. His goal is to help people faced with a cancer diagnosis.

Meanwhile, he’s having a good time reliving those days when he went looking for trouble — and it found him.