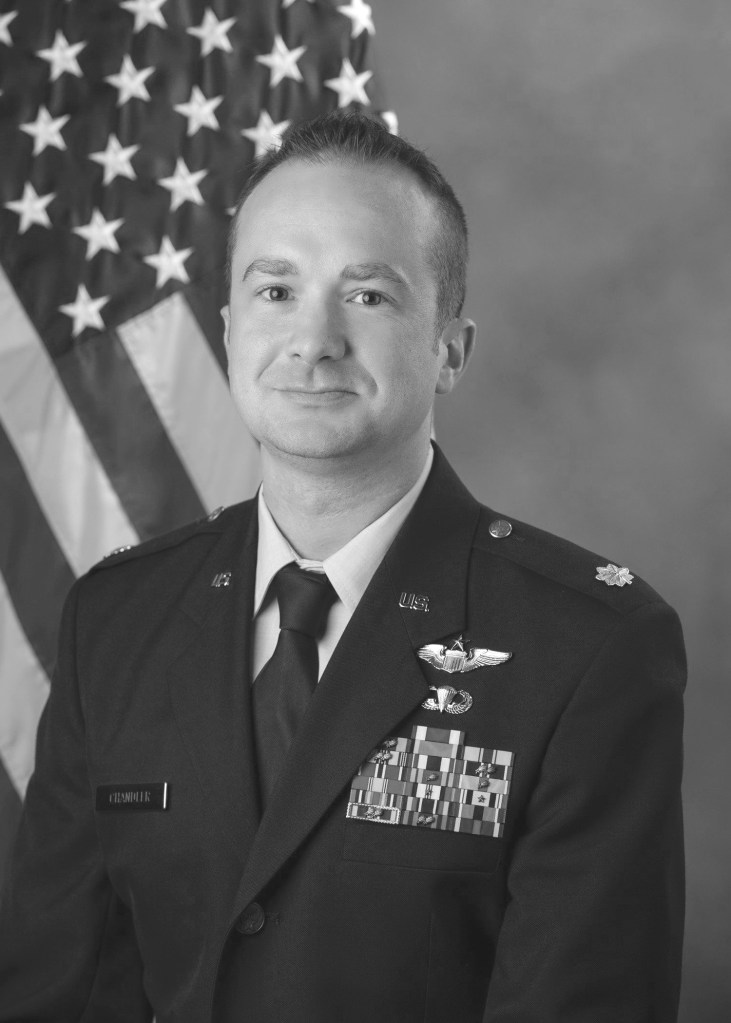 Justin Chandler graduated from Air Command and Staff College with highest academic distinction. He received a Master’s of Military Operational Art and Science.

Justin is currently a major in the United States Air Force. He attended Air Command and Staff College after time flying the C-130 and KC-10 with four deployments overseas. Following graduation, he was selected to attend the School of Advanced Air and Space Studies.

Justin is the son of Randy and Cathy Chandler of Salisbury. He and his wife Marguerite have one daughter, Emma Chandler. He is the brother of Susan Chandler Webb and husband Adam and the grandson of the former Colonel Monty Coffin, USAF and Private First Class Donald Chandler, USA.