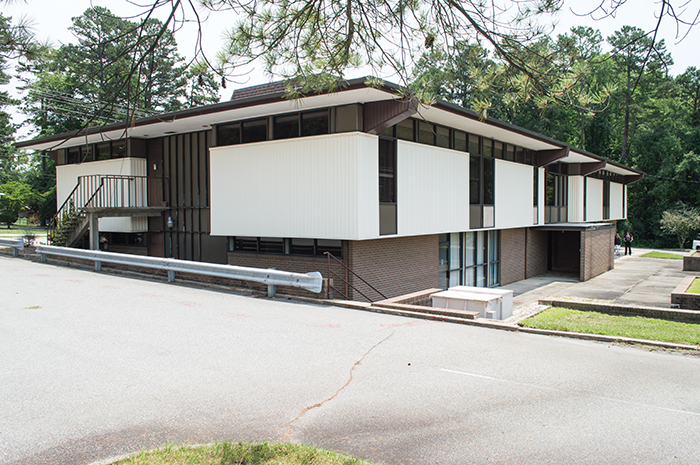 SALISBURY — In its last-ditch effort to sell buildings, Rowan County went two for three in a series of auctions on Thursday.

The county received bids on a former Social Services building at 165 Mahaley Avenue and a house at 418 S. Carolina Avenue in Spencer. Neither property received bids close to the assessed tax value, but both moved a step closer to being sold.

No one bid on the largest county-owned building involved in Thursday’s auction’s — a building at 1236 W. Innes Street once occupied by a division of Social Services and other county departments. After the auctions, however, County Manager Aaron Church said an unnamed entity had expressed interested in purchasing the property. No purchase offer had been made by Thursday afternoon.

“I’ve received about 15 of those sorts of calls over the past year, and the property hasn’t been sold yet,” Church said.

Combined, the tax value of all properties up for auction on Thursday equals $2.4 million. If commissioners approve a sale, they’ll receive less than $200,000 for the properties. In the case of the two former social services buildings, however, county officials have tried to sell the buildings for years without any luck. Last year, the county received a $300,000 offer from a local church offer to purchase the W. Innes Building, but it fell through after commissioners accepted the offer. The church asked to lease the building, but county officials declined. R. Giles Moss, the county’s auctioneer, told potential buyers on Thursday that Rowan County desired a sale rather than a lease.

At the Mahaley Avenue building, Nazareth Child and Family Connection says it plans to place an outpatient clinic for mental health and substance abuse issues. Specifically, the building would house the organization’s division called Carolina Counseling and Consultation.

Nazareth has been looking for a new building for a lengthy period of time, Yousey said. The Mahaley Avenue facility is larger than the organization needs, and Yousey said it’s possible that space could be rented to other entities.

Representatives of Nazareth who attended Thursday’s auction said the building will require renovations before employees begin moving in.

In Spencer, Hager said he plans to move family members into the S. Carolina Avenue house.

Moss said the W. Innes building may also require significant renovations. In addition to any structural issues, the interior of the building contains mold on walls and the ceiling.

Rowan County commissioners have discussed whether it would be better to demolish the building and sell the property for its land value.