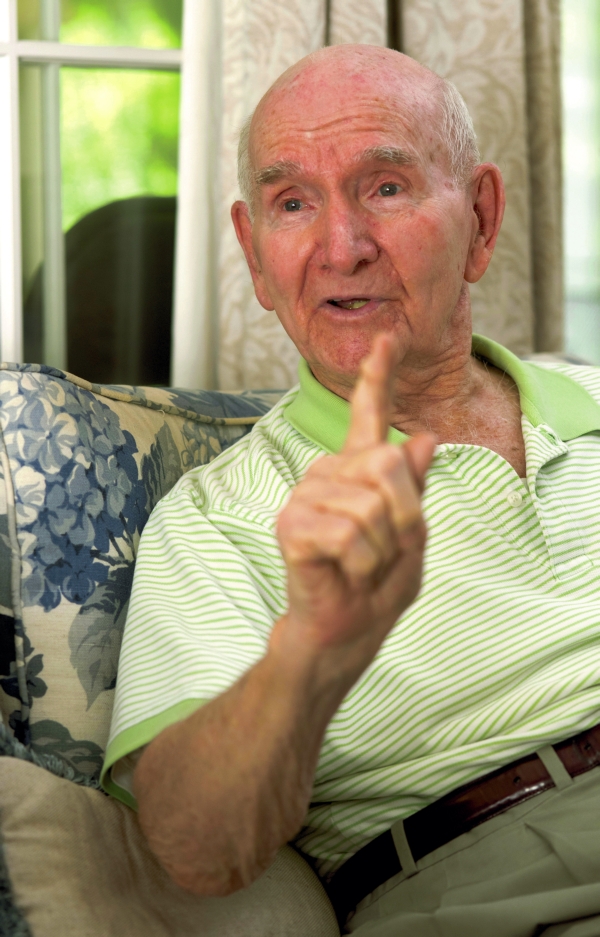 JON C. LAKEY / SALISBURY POST David Clay was on the Salisbury City Council when the city was named All-American City in 1961. Clay attended the meetings in Miami Florida and was on hand when the city won the distinction. Thursday, June 16, 2016, in Salisbury, N.C.

SALISBURY — Salisbury asked the community for donations to help pay for the trip to the All-America City Award competition in Denver, Colo., and got a donation from someone who attended the competition that won Salisbury the award for 1961.

David Clay, a former City Council member, said he finally got around to making a contribution the same week that the Salisbury delegation left for its trip.

“I’m just a great fan of Salisbury,” he said.

Clay, who moved to Salisbury in 1952, was a part of the City Council when Salisbury won the All-America City Award for 1961. He and his wife attended the competition that was held that year in Miami Beach.

“It was just a beautiful time,” Clay said about the weather.

Clay is 92 years old and said he doesn’t remember much from the presentation, but he remembers one speaker in particular who he felt probably won the award for Salisbury: sportscaster Lindsey Nelson.

While in Miami Beach, someone, Clay is not sure who, ran into Nelson. Nelson ended up talking about Salisbury’s hospitality towards the association during Salisbury’s All-America presentation.

After the presentation, Clay turned to a friend on the delegation and said, “I know who one of the winners are going to be.”

Clay knew Nelson’s testimony had put Salisbury over the top.

Clay said he has always been proud of Salisbury. He raised four daughters here and enjoyed many years with his wife, who now lives in a nursing home. Clay was also chairman of the Rowan County Chamber of Commerce in 1968 and retired from Riley Clay Insurance Agency, now Central Carolina Insurance Agency.

He said Salisbury is a “cultural center,” with the Salisbury Symphony and downtown art.

“We had a great time and came out with a win,” he said.

SIDEBAR: Two to be honored at Pride Festival

Salisbury Pride will be presenting the Ralph Ketner Ally Award to William Stanback and the Volunteer of the Year Award... read more