Salisbury woman wanted for murder of Lacynda Feimster turns herself in 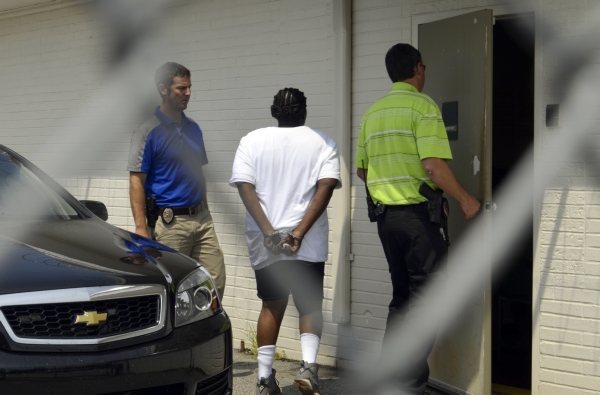 Salisbury Police detectives walk into the Rowan County Magistrate's Office with Sindy Abbitt, who is charged with the murder of Lacynda Feimster. Shavonne Walker/Salisbury Post

SALISBURY — Salisbury Police detectives escorted Sindy Lina Abbitt, 33, into the Rowan County Magistrate’s Office today, charging her with the May 24 murder of Lacynda Dian Feimster, 38, who was shot inside her Crown Point Drive apartment.

Abbitt, of the 400 block of Jackson Road, faces felony murder and felony assault with a deadly weapon charges.

Police were called to the apartment complex, located off Gold Hill Road in the Morlan Park neighborhood, regarding a home invasion and robbery. When authorities arrived, they found Feimster already dead.

Feimster’s mother, Mary Gregory, was struck in the face with a gun. She was taken to Novant Health Rowan Medical Center where she was treated and released.

Abbitt, who turned herself in to authorities, is being held in the Rowan County Detention Center without bond. Her first court appearance is scheduled for Friday.

Feimster went by the nickname “L.C.” and was a longtime waitress at O’Charley’s restaurant in Salisbury. The day she was killed, neighbors said they’d seen Feimster and her family celebrating the birthday of one of her children. She was the mother of four.

The crime was not random. Police say the two women knew each other.