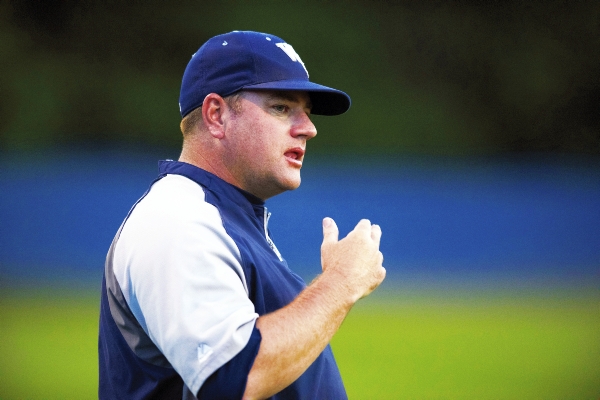 Rowan County baseball was finished after the second round of the state playoffs, but the season as a whole was stouter than the brief postseason indicates.
Not only did West Rowan and North Rowan sweep conference titles (regular season and tournament), the other four county schools had their moments. Everyone was in the top tier in their league. Everyone made the playoffs.
Cumulatively, the Rowan squads won 103 games, the second-highest total in the 10 seasons since Carson opened as the county’s sixth school.
The only season that topped 2016 was 2010. There were 106 victories in 2010, thanks to East Rowan piling up a county-record 31.
Three Rowan coaches were honored by their conferences, with West’s Seth Graham named South Piedmont Conference Coach of the Year, and North’s Aaron Rimer and Salisbury’s first-year pilot Mike Herndon sharing coaching honors in the Central Carolina Conference.
Every school in the county met expectations, and East coach Brian Hightower exceeded them, but Graham is the Salisbury Post’s choice for Coach of the Year for the second straight year.
West graduated four standout players from its 2015 championship team — Pitcher of the Year Omar Bautista, Juan Garcia, Harrison Baucom and Jeremy Simpson — and still got better. Graham has to get some credit for that.
The 2015 Falcons won 17 regular-season games, exited immediately in the SPC tournament, and then made a playoff run to get to 20 wins.
This time, the Falcons won 19 regular-season games and tacked on three more victories in the SPC tournament. Even with a first-round playoff loss, West’s 22-6 final report card was the school’s best since the 2005 state runner-up season.
How did it happen?
“Pitching,” Graham said with a smile. “We had two No. 1 starters in Austin Love and Bryan Ketchie, and that gave us a little bit of an edge. A lot of teams in our league had an ace, but we had two.”
Graham also got surprising mound efforts from Tyler Wheeler, who won non-conference games, and from Caleb Link, who stood tall in the stretch run when SPC teams started playing three league games per week.
West’s team ERA was 2.07, and that will win most of the time. Between them, co-aces Love and Ketchie accounted for 15 wins.
Offensively, West was effective but rarely pretty. Only four regulars hit above .300 and two hit below .200. The team batting average was a middling .268, but the on-base percentage was a strong .411. West accepted nearly as many walks and HBPs (189) as it had hits (200). That’s how the Falcons managed to score 6.5 runs per game.
“Guys did a nice job of working pitchers, going deep into counts, and not giving away at-bats,” Graham said. “And we had some speed. When we got on base, we could be aggressive and put pressure on the defense.”
Sophomore Mykal Berger, who had a .225 batting average but a .475 on-base percentage, was a typical Falcon.
West also responded frequently in clutch situations. Shortstop Brett Graham batted .222, but he drove in 20 runs with just 18 hits. Right fielder Lee Poteat drove in 17 runs with his 21 hits.
Graham is the least excitable head coach in the county, but he’s earned the respect of his peers and he inspires confidence in his players.
West never slumped and never panicked, not even when Ketchie was diagnosed with pneumonia. West never lost two games in a row.
The Falcons were treated roughly twice by rivals — 11-0 by Carson in March and 10-0 by East Rowan in April — the sort of losses that can sap confidence, cause finger-pointing and send a team into a tailspin.
But Graham, his staff and his team stayed on an even keel. West always went back to work and won the next game on the schedule.
The Falcons answered the lopsided loss to Carson with a pair of epic wins against the Cougars in two of the season’s most memorable games, and that’s why they repeated as champions in a balanced league in which all 10 teams were dangerous.
For that, Graham deserves to take another bow.

All-Rowan County baseball: Ike Freeman is Player of the Year