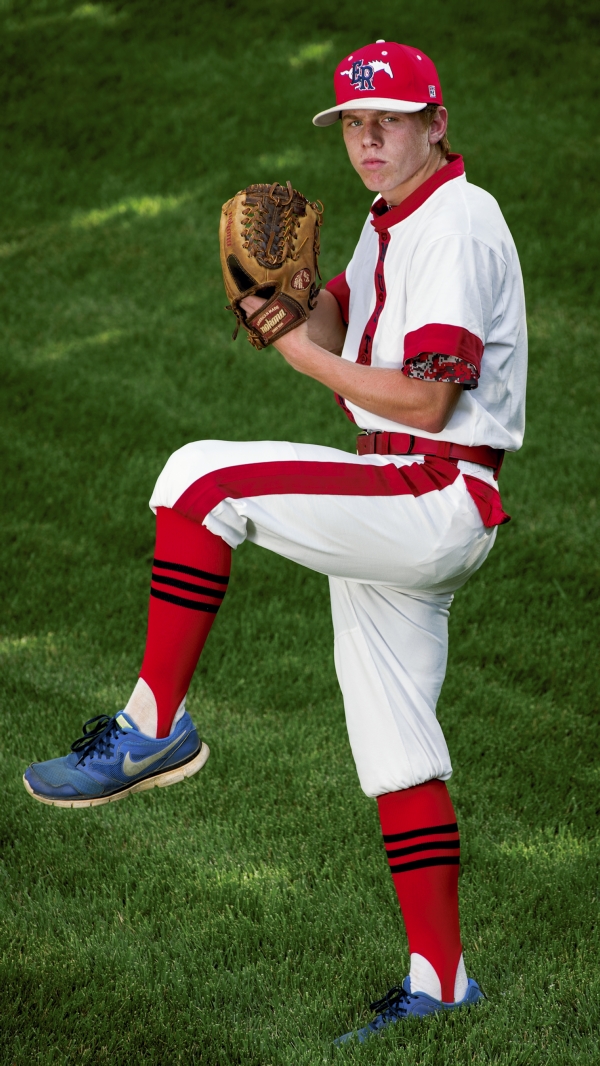 SALISBURY — John Owen doesn’t look like a prototype ace, he just pitches like one.
Owen, a 5-foot-10, 160-pound right-hander, came through with a terrific junior season for East Rowan.
Even in a county that boasts tremendous arms in Carson’s Owen White and West Rowan’s Austin Love, plus a handful of crafty college-bound left-handers (Bryan Ketchie, Brandon White and Blake Johnson), Owen was the best of all in 2016.
“John was a beast,” East shortstop Ike Freeman said. “I think we all knew he was going to be our ace, but no one could have predicted that he’d do what he did. When he pitched, it didn’t matter who we were playing and it didn’t matter how big the game was. We felt like we were going to win.”
That’s the definition of an ace, and East played its best — offensively and defensively — behind him.
As the Salisbury Post’s Rowan County Pitcher of the Year, Owen receives the Patrick Snider Memorial Award. This is the sixth year for the award. It’s given in memory of Snider, a North Rowan and Rowan County American Legion pitcher who passed away in 2010 when he was just 17. Snider’s favorite player was Chipper Jones, who wore No. 10 for the Atlanta Braves for many years. Owen wears the No. 10 jersey for the Mustangs.
Owen was East’s catcher when he was a sophomore, so fans were surprised when his role with the state-champion 2015 Rowan Legion team was as a relief pitcher. Owen went 3-0 on the hill in Legion ball, and entered this prep season as a potential No. 1 hurler for a club that had graduated its entire staff. Coach Brian Hightower didn’t have a pitcher returning who’d ever won a varsity game.
“I felt like I could have a good season,” Owen said. “But as little pitching experience as I had there’s no way I expected things to turn out the way that they did. It was never on my mind to win awards. There are just too many good pitchers.”
Owen shut out Cox Mill in East’s opening game. That was the start. He would also shut out Northwest Cabarrus, South Rowan and South Piedmont Conference champion West Rowan. He started 10 games and completed seven on his way to South Piedmont Conference Pitcher of the Year honors.
From March 22 to April 26, Owen won six straight starts as the Mustangs (18-9) established themselves as the surprise team in the county and in the SPC.
“No one thought we’d be very good,” Owen said. “But I had confidence that a lot of guys were going to show out and they did. We kept doing our jobs, and things usually went our way.”
Owen achieved his 10th victory in the first round of the 3A state playoffs and finished 10-2. His ERA was 1.14. Besides his starts, he relieved four times and he played a position, usually catcher, when he didn’t pitch.
Owen who made the roster for the prestigious State Games, along with Love and White, ended the season with 67 2/3 innings on the mound. He struck out 68 while walking 13, better than a 5 to 1 ratio.
Owen’s fastball isn’t overpowering —  82-83 mph — and he doesn’t possess an imposing frame yet, but he’s going to get bigger and stronger. Hightower believes in Owen enough that he had Division I coaches coming to scout him, and Hightower doesn’t make those calls unless he’s convinced he’s got someone special.
Owen is a three-pitch pitcher with an exceptional curveball and a changeup that helps keeps hitters off-balance. Sit on his fastball, and he can get you out with his other pitches.
“When a high school kid is throwing three different pitches for strikes, he’s going to be tough to hit,” Hightower said. “John was tough to hit.”

By Mike London mike.london@salisburypost.com Rowan County baseball was finished after the second round of the state playoffs, but the season... read more